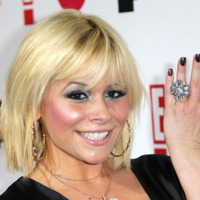 Alexa Prisco net worth: Alexa Prisco is a make-up artist and reality-TV personality who has a net worth of $1.5 million dollars. Alexa Prisco is the daughter of a makeup artist and jazz musician, and grew up painting and drawing. She initially pursued a career in writing, graduating from college with a degree in English and working at Maxim Magazine. However, she subsequently realized her true calling was makeup, and she shifted her focus. She joined the cast of the reality "docusoap" "Jerseylicious" in 2009, when The Gatsby Salon became the subject of the Style Network series. At the time, she was the lead makeup artist at Gatsby. She ultimately decided to leave the company to launch her own business called, Glam Fairy, in Hoboken, New Jersey. This made her an instant enemy of The Gatsby Salon owners. In 2011, the Style Network began airing a similar series that focuses on her, and her new business called, "Glam Fairy".