What was Alex Trebek's Net Worth and Salary?

Alex Trebek was a Canadian-born American game show host who had a net worth of $75 million at the time of his death. He was best known for his role as host of the syndicated game show "Jeopardy!". He hosted the show from 1984 until his death in November 2020. Trebek died on November 8, 2020 at the age of 80 after a year-long battle with pancreatic cancer.

George Alexander Trebek was born in Sudbury, Ontario, Canada on July 22, 1940. His father George Edward Trebek was an immigrant from Ukraine, and his mother Lucille Lagacé was a Franco-Ontarian, so he grew up in a bilingual household speaking both English and French. He attended Sudbury High School (now Sudbury Secondary School), continuing his education at the University of Ottawa.

He graduated from the University of Ottawa in 1961 with a degree in philosophy. That same year, he began his television career working for the Canadian Broadcasting Corporation (CBC). He began by working as the replacement for announcers, eventually moving on to read the national news and cover a wide range of special events for both the television and radio divisions of the CBC.

Trebek's debut hosting job was for the Canadian music program "Music Hop" in 1963. His other hosting projects in Canada include the high school quiz show "Reach for the Top" (1966), CBC host for classical music programs from 1967 to 1970, and the weekly afternoon game show Strategy (1969). He moved to the United States in 1974 after landing a job hosting the new game show "The Wizard of Odds" for NBC. During the 1970s and 1980s, he hosted shows such as "High Rollers" for NBC, the second season of "The $128,000 Question," and the first and only CBS game show he worked on, "Double Dare." Trebek also hosted "Battlestars" on NBC, which only aired for six months from October 1981 to April 1982. His stint as host for the show "Pitfall" ended with him not receiving a paycheck for his work, because the production company Catalena Productions went bankrupt.

Working with game show media mogul Merv Griffin, Trebek filmed two episodes for a revival of the game show "Jeopardy!" and the show was picked up. He began hosting it in 1984, and this is the role he is most famous for in his long career. He landed the position as host after the original "Jeopardy!" host Art Fleming declined the project due to creative differences. The "Jeopardy!" revival has since seen incredible success, winning a record number of 33 Daytime Emmy Awards. In his long run as host for the show, Trebek also set the Guinness World Record for most gameshow episodes hosted by the same presenter in 2014, when he hit 6,829 episodes with "Jeopardy!" beating out Bob Barker's record from "The Price is Right." He also made broadcast history in 1991 when he became the first person to host three American game shows at the same time, for his work on the shows "To Tell the Truth," "Classic Concentration" and "Jeopardy!"

In addition to his hosting roles, Trebek appeared on an extensive array of shows as either a panelist or player. Along with several other game show hosts like Allen Ludden, Bill Cullen, Wink Martindale, Jack Clark and Gene Rayburn, he competed in a week-long round robin tournament on NBC's "Card Sharks" in 1980 for charity. He ended up actually winning the tournament. He also appeared on "The Magnificent Marable Machine" in 1975, and "To Say the Least" in 1978, both NBC shows. Alongside Jim McKrell, Trebek competed on "Celebrity Bowling" in 1976, and the duo won their match against Dick Gautier and Scatman Crothers. 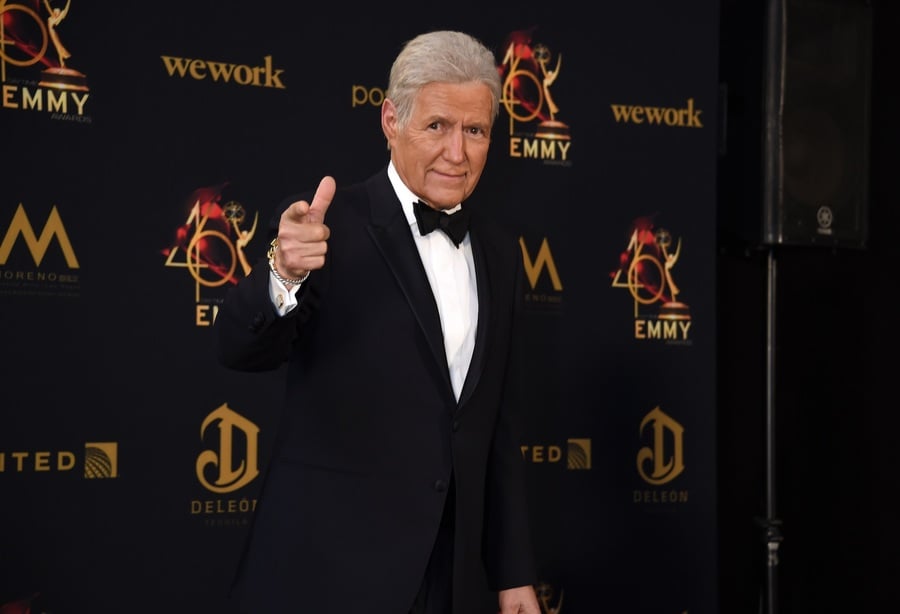 Trebek married businesswoman Elaine Callei in 1974. They divorced in 1981, and had no children. He married real estate project manager Jean Currivan in 1990, and they have two children together. He became a naturalized citizen of the United States in 1998.

In March 2019 he was diagnosed with stage IV pancreatic cancer and underwent an aggressive treatment regime. As of March 2020, he survived one year of cancer treatment. Unfortunately, and to the shock of the world, Alex succumbed to his battle with Cancer on November 8, 2020 at the age of 80.

In a 2014 podcast interview with The Nerdist, Trebek stated that donated a large portion of his income to charity every year. In 1998 he donated 74 acres of property in the Hollywood Hills to the Santa Monica Conservancy. The donation doubled the size of the public parkland. Trails had already been widely in use by hikers and cyclists. In 2016 he donated $5 million to the University of Ottawa to fund the Alex Trebek Forum for Dialogue. He has donated a total of $7.5 million to the school, which is his alma mater.

Trebek's primary residence was a 10,000 square-foot mansion in Studio City, California that he purchased in 1991 for $2.15 million. In January 2022, Alex's widow listed this home for sale for a little under $7 million. Alex's real estate agent daughter Emily Trebek held the listing: 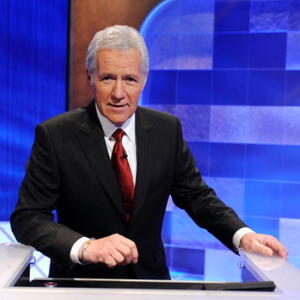