Alex McCord is an actress, graphic designer and co-author, with a net worth of $2 million. Alex McCord is probably most famous for being a Real Housewife but she has also acted roles in films and television. She has starred in films such as, The Architect, The Warrior Class, (in which she played the part of a reporter), Uptown girls and others, as well as her television roles on Cyberchase and the soap opera One Life to Live. She has also performed as a voice actor in Tetsuwan Birdy, and the video "Agent Aika." She joined the Bravo channel as a cast member of the Real Housewives of New York City, since the first season it aired. She also worked as a graphic designer for nine years and was in visual merchandising for Limited Brands, and Victoria's Secret.

Alex McCord was born in Washington D.C. in 1973 and spent her childhood in Kansas, Texas and the Virgin Islands. She went to Northwestern University, but didn't graduate. She is married to the General Manager of New York City's, Hotel Chandler, Simon Van Kempen. They have two boys, Francois, born in 2003 and Johan, born in 2005. The family lives in Cobble Hill, Brooklyn. The boys are taking lessons in art, music, as well as learning French from their French speaking Au Pair. Alex and her husband have written a book together, on parenting, titled "Little Kids Big City". Which tells of their own experiences raising children in the Big Apple. The couple has also appeared on tv talk shows, such as, Wendy Williams, Joy Behar, Better Ten, Daily TV and more.

Rumors have been flying that Alex McCord, along with housewife Cindy Barshop, is quitting Real Housewives of New York City. I guess we'll just have to wait and see. Alex has gotten a new opportunity, with the celebrity division of New York Model Management, and is very excited about her professional modeling career. 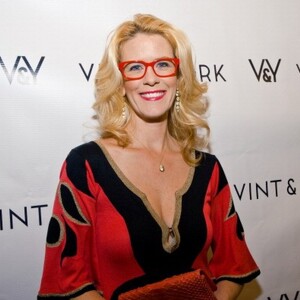