Alan Menken net worth: Alan Menken is an award-winning composer, singer/songwriter and a musician who has a net worth of $100 million. Alan Menken earned his net worth by producing notable musicals for Walt Disney including The Little Mermaid, Beauty and the Beast, and Aladdin. Manhattan-born Menken was a music-lover from a very early age. When he first enrolled at New York University, he was a pre-med student. He later graduated with a degree in Musicology. After college, he joined the BMI Lehman Engel Musical Theatre Workshop. This gave him the opportunity to perform in local clubs. Menken also worked as a composer, mainly producing jingles and songs.

Menken got his first big break with lyricist Howard Ashman to work on the 1970 Off-Broadway production, God Bless You, Mr Rosewater. This production was a success, but there were greater heights installed for Menken: His work for the 1982's Off-Broadway musical, Little Shop of Horrors, earned him a Drama Desk Award nomination. Menken quickly became a notable composer as the following year he received a BMI Career Achievement Awards for his work for Little Shop of Horrors, God Bless You, Mr Rosewater plus many others. Menken was involved in a musical version of Charles Dickens' classic, A Christmas Carol (1994.) The show was such a roaring success that it has become an annual holiday event in New York.

Despite his undeniable Broadway success, Menken's biggest financial success has come from working with Walt Disney. Over the last several decades, Menken produced music materials for movies such as The Little Mermaid, Aladdin, The Hunchback of Notre Dame, Tangled, Captain America: The First Avenger, and more. He also worked on the reboots of Aladdin and Beauty and the Beast. During his career Alan Menken has won eight Oscar awards, seven Golden Globes and one Tony, among many awards. His fee for one movie is typically $2-4 million. Every year his ASCAP royalties come in at around $5 – 10 million. 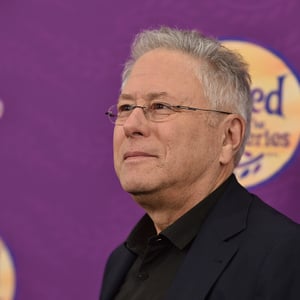