What is Al Roker's Net Worth and Salary?

Al Roker is an American television weather forecaster, TV personality, actor, and author who has a net worth of $70 million dollars. Al Roker is most widely recognized as the longtime weatherman on NBC's "The Today Show" and serves as a co-host on "3rd Hour Today." He also hosted the "Wake Up with Al" morning show on The Weather Channel from 2009 to 2015.

Al's NBC salary is $10 million per year. His most recent contract is a 5-year, $50 million deal that covers his duties on both "The Today Show "and The Weather Channel. Roker has broken several Guinness World Records with his "Rokerthon" events, and in 2018, the Today Plaza was renamed "Rokerfeller Plaza" to honor Al's 40 years with NBC. In 2018 and 2019, Roker appeared in "Waitress: The Hit Broadway Musical" to rave reviews.

Al Roker was born Albert Lincoln Roker, Jr. on August 20, 1954, in Queens, New York. He grew up with mother Isabel, father Albert Sr. (a bus driver), and 5 younger siblings in a Catholic household. When Al attended Manhattan's Xavier High School, he was a member of the Cartooning and Illustration Club, and he earned a Bachelor of Arts in communications from the State University of New York at Oswego in 1976. As a college student, Roker was a weather anchor for CBS affiliate WHEN-TV in Syracuse.

After college, Roker moved to Washington, D.C. to take a weather position at independent station WTTG, and he began his NBC career in 1978 at Cleveland's WKYC. He was promoted after 5 years and moved back to New York City to be WNBC-TV's weekend weathercaster; after just 8 months, he became their weeknight weathercaster, replacing Dr. Frank Field, who had been with the network for 27 years. Al regularly filled in for Joe Witte on "NBC News at Sunrise" from 1983 to 1996 and would substitute for Bryant Gumbel and Willard Scott from 1990 to 1995 and Matt Lauer from 1997 through the 2000s on "The Today Show." He began hosting his own CNBC weekend talk show, "The Al Roker Show" in 1995, and an appearance on "Late Night with David Letterman" led to a 3-year stint as the forecaster for "Weekend Today," the weekend edition of "The Today Show." Roker sometimes filled in for Willard Scott on the weekday edition of "The Today Show," and he became their regular weekday weatherman in January 1996. Al has been a fan favorite for years, thanks to his affable personality and fun interactions with the studio audience.

Roker began hosting the third hour of "The Today Show" (aka "Today's Take") in November 2012, but "Today's Take" was replaced with "Megyn Kelly Today" in September 2017. After "Megan Kelly Today" was canceled in 2018, Al returned to the spot as a co-host of "3rd Hour Today." Al held the first "Rokerthon" in 2014, reporting the weather for 34 straight hours, and he reported the weather from every state in America (as well as Washington, DC) in just 7 days for 2015's "Rokerthon 2." He earned a Guinness World Record for each event, and in 2017, he held "Rokerthon 3," which involved Al visiting colleges and setting a different Guinness World Record at each one.

Roker has hosted the Macy's Thanksgiving Day Parade coverage on NBC since 1995, and he has hosted game shows "Remember This?" and "Celebrity Family Feud" as well as Food Network shows "Roker on the Road" and "Tricked-Out Tailgating." He has appeared in dozens of movies and television shows, including "Newsradio," "Men in Black," and "Cloudy with a Chance of Meatballs 2," and he has played himself in 5 "Sharknado" movies, "Zombieland: Double Tap," and episodes of "30 Rock," "Saturday Night Live," "Seinfeld," and "Will & Grace." Al also has the distinction of appearing on "Late Night with Conan O'Brien" more than anyone else, with 34 appearances. 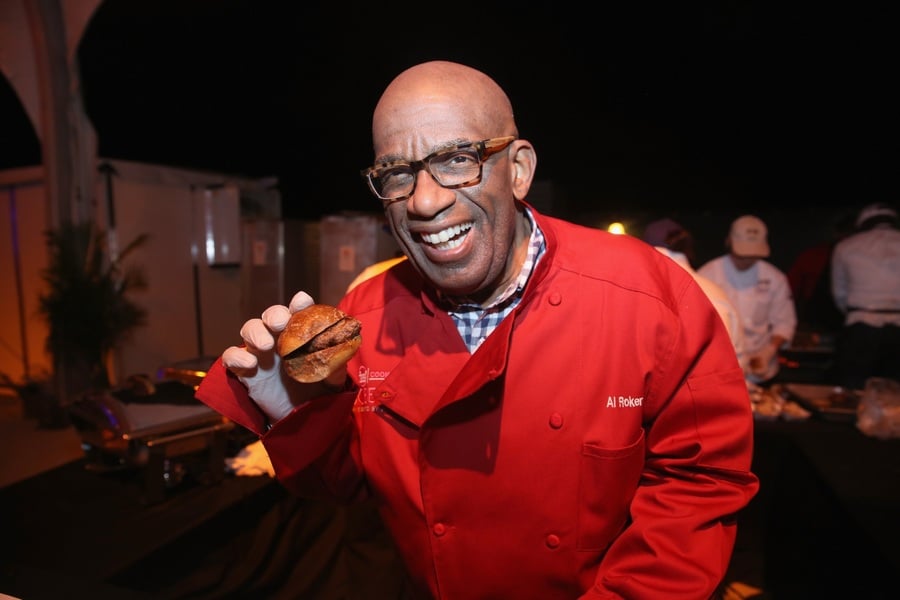 Roker has released 12 books, including "Never Goin' Back: Winning the Weight Loss Battle For Good" (2014), "Al Roker's Extreme Weather: Tornadoes, Typhoons, and Other Weather Phenomena" (2017), and "Ruthless Tide: The Heroes and Villains of the Johnstown Flood, America's Astonishing Gilded Age Disaster" (2018). Al co-authored a series of murder mystery books (with Dick Lochte) that feature Billy Blessing, a celebrity chef turned amateur detective. The series includes "The Morning Show Murders" (2009), "The Midnight Show Murders" (2010), and "The Talk Show Murders" (2011); "The Midnight Show Murders" was nominated for a 2011 Nero Award and made into a 2018 TV movie for Hallmark Movies and Mysteries. He also co-authored the book "Been There, Done That: Family Wisdom for Modern Times" (2016) with his wife Deborah Roberts and has released 2 cookbooks.

Al's NBC salary is $10 million per year. His most recent contract is a 5-year, $50 million deal. That deal covers his duties on both The Today Show and The Weather Channel.

Al was married to WNBC producer Alice Bell from 1984 until 1994, and they adopted a daughter, Courtney, who was born in 1987. Roker married journalist Deborah Roberts in 1995; they met in 1990 when they were both working at NBC, and they welcomed daughter Leila in 1998 and son Nicolas in 2002.

Roker has had several medical procedures, including a knee replacement surgery in 2001 and 2006, gastric bypass surgery in 2002, back surgery in 2005, emergency carpal tunnel surgery in 2018, and hip replacement surgery in 2019. He has been very open about his battle with weight loss, and he started running in 2010, competing in that year's ING New York City Marathon. Al is also known for his charity work and is a supporter of Ronald McDonald House Charities (serving on their Friends of RMHC board); he has also raised funds for the Crowdrise Campaign and Feeding America with his "Rokerthon" events.

In 2000, Roker and Roberts sold their prewar co-op on East 68th Street for $1.5 million and bought a $3.25 million Manhattan brownstone. The couple did some renovations after buying their new home, expanding the kitchen because Al loves to cook. Al and Deborah also own a house in Hudson Valley, and Roker did his "Today Show" broadcasts from this home during the 2020 Coronavirus pandemic. 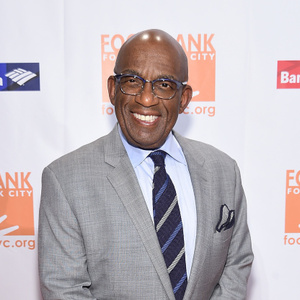