What is Al Michaels' Net Worth and Salary?

Al Michaels is an American television broadcaster who has a net worth of $40 million dollars. Al Michaels is one of the most-famous sports broadcasters of all time. He might be best known for his years of calling play-by-play for NFL games, including a nearly two-decade stint with Monday Night Football, but he has been in the broadcast booth for many sports. At the 1980 winter Olympics Al delivered the now-famous line "do you believe in miracles?!?!" when USA hockey defeated the Soviet Union. Another famous moment occurred in October 1989 when Al was broadcasting live when an earthquake in San Francisco interrupted the World Series.

What is Al Michaels' salary? During his time broadcasting for NBC Al was earning $8 million per year. In March 2022 Al signed a 3-year $33 million deal to move to Amazon to broadcast Thursday Night Football.

He was born on November 12, 1944 in Brooklyn, New York to Jay Leonard Michaels and Lila Roginsky. Growing up, Michaels was a huge Brooklyn Dodgers fan. The family moved to Los Angeles in 1958, the same year the Dodgers left Brooklyn. Michaels attended Arizona State University and majored in radio and television with a minor in journalism. During college, he worked as a sports writer for ASU's independent student newspaper "The State Press," and announced for Sun Devils football, basketball, and baseball games for the campus radio station.  Al's younger brother, David, is a television producer. David Michaels has also produced such programs as NBC's coverage of the Olympic Games, Triple Crown and Fox Sports Net's Beyond the Glory series.

Michaels' first job in television was with Chuck Barris Productions, choosing women to appear on "The Dating Game." His first sportscasting job came in 1964, when he was hired to do public relations for the L.A. Lakers. However, he was fired after just four games. In 1968, he moved to Honolulu, where he resumed his broadcasting career and worked as a sports anchor for KHVT-TV and called the play-by-play for the Hawaii Islanders baseball team. He was named Hawaii's Sportscaster of the Year in 1969. In 1970, Michaels appeared in an episode of "Hawaii Five-O"–the episode also featured a young Christopher Walken.

Michaels moved to Cincinnati in 1971 and became the play-by-play announcer for the MLB team Cincinnati Reds. The following year, the Reds advanced to the World Series and Al was able to help cover the Fall Classic for NBC Sports. He also did the hockey coverage at the 1972 Winter Olympics in Sapporo, Japan. In 1973, NBC announcer Bill Enis died from a heart attack at just 39 years old two days before he was to announce the regular-season NFL finale, afterwards Michaels was brought in to replace him. In 1974, Michaels left the Reds for a position with the San Francisco Giants and also covered basketball for UCLA. He began working with CBS Sports to announce regional games in 1975. In January 1977, he signed with ABC Sports. He would go on to work with ABC until 2006 at which point he moved over to NBC in 2006. 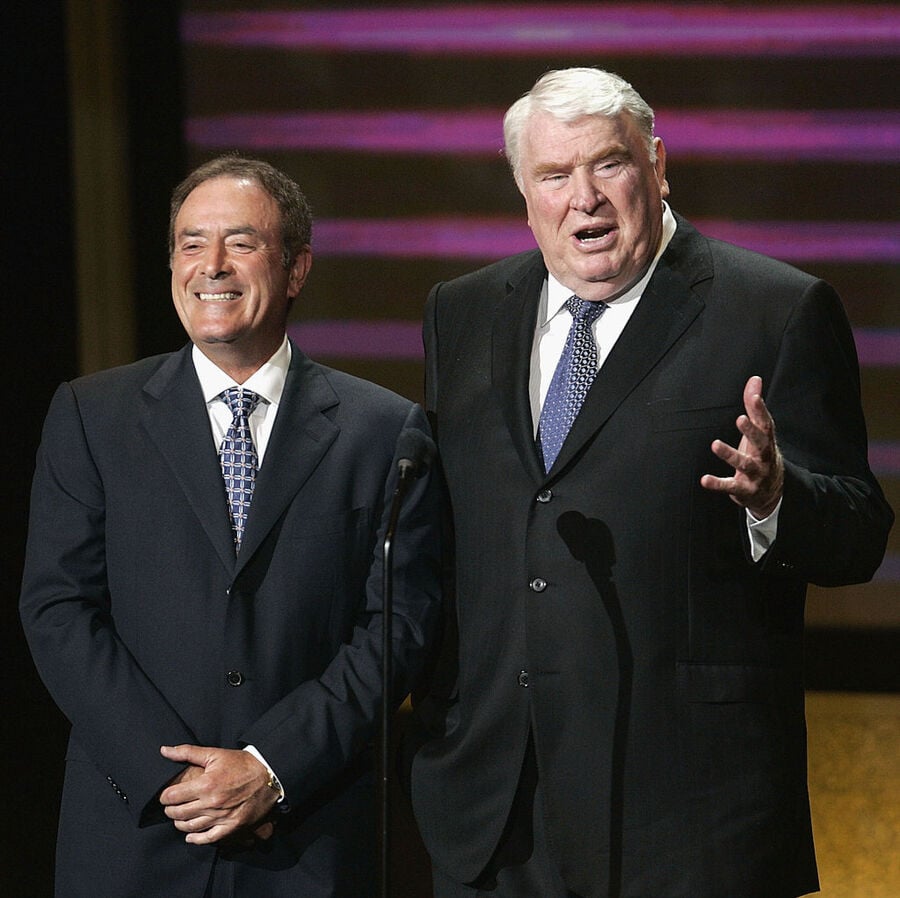 Al quickly became famous for his memorable calls during important events. For example, when he exclaimed "do you believe in miracles?!?!" during the Miracle on Ice at the 1980 Winter Olympics. He was also on air during the earthquake-interrupted Game 3 of the 1989 World Series. The game was just about to begin when, at 5:04 p.m. local time on October 17, 1989 in San Francisco, the earthquake struck. Michaels famously exclaimed "I'll tell you what, we're having an earth—" as the network feed cut out. When ABC restored audio via telephone 15 seconds later, Michaels quipped, "Well folks, that's the greatest open in the history of television, bar none!" He then reported from the ABC Sports production truck outside the ballpark on the earthquake, relaying his reports to Ted Koppel, for which he was later nominated for an Emmy Award for news broadcasting.

Michaels hosted Monday Night Football for 20 seasons. In February 2006, NBC confirmed that Michaels would be leaving ABC to join Madden at the network to broadcast football on Sunday nights, thus ending Al's 20-year run on Monday Night Football and nearly 30 years of service with ABC. Michaels and Madden began their new NBC tenure on August 6, 2006. On February 1, 2009, Michaels called his first Super Bowl telecast for NBC. He has worked as the official NBC Olympics Daytime Host in 2010, 2012, 2014, and 2016. 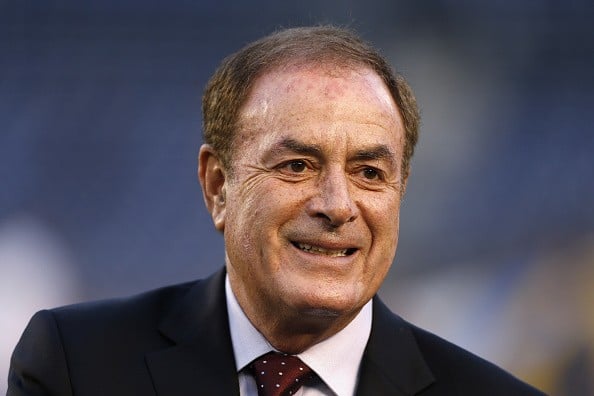 Michaels has won numerous awards during his career, including the Emmy Award for Outstanding Sports Personality (Play-by-Play Host) five times, the National Sportscaster of the Year award from the National Sportscasters and Sportswriters Association three times (he was also inducted into their Hall of Fame in 1998) and Sportscaster of the Year once each from the American Sportscasters Association and the Washington Journalism Review. In 2004, Michaels was awarded a star on the Hollywood Walk of Fame and in 2013 he was inducted into the Television Academy Hall of Fame. In 2013 he was given the Pete Rozelle Radio & Television Award, which is presented annually by the Pro Football Hall of Fame and recognizes long-time exceptional contributions to radio and television in professional football.

Michaels and his wife Linda got married in August 1966. They reside in Los Angeles. They have two children together, Jennifer and Steven. Steven Michaels serves as the President and CEO of independent film company Asylum Entertainment in Los Angeles.

Al was arrested and charged for driving under the influence on April 21, 2013. He was released after around five hours. He pleaded no contest to a reduced charge of reckless driving and was sentenced to probation plus 80 hours of community service.