Adam Shankman Net Worth: Adam Shankman is an American director, dancer, producer, and actor who has a net worth of $6 million dollars. Born in Los Angeles, California, in 1964, Adam Shankman studied at New York's The Juilliard School before deciding to leave so he could be a dancer in musical theater.

He appeared in several music videos with Janet Jackson and Paula Abdul before becoming a choreographer for MC Shan. Since then, he's worked as a choreographer for movies and TV shows that starred Sarah Jessica Parker, Brendan Frasier, Sarah Michelle Gellar, Marlon Brando, and Antonio Banderas. He made his directorial debut with the short movie "Cosmo's Tale", which was screened at the Sundance Film Festival. He started working on "The Wedding Planner" with Jennifer Lopez. Shankman has also directed "A Walk to Remember", "Monk", "Bringing Down the House", "The Pacifier", "Cheaper by the Dozen 2", "Step Up", "Glee", "Modern Family", "Rock of Ages", and "Hairspray". He co-produced the 82nd Academy Awards in 2010. Since the third season, Shankman has worked as a choreographer and judge for the hit Fox reality show "So You Think You Can Dance". The openly gay director once officiated the wedding between Hollywood stars Sarah Michelle Gellar and Freddie Prinze, Jr. 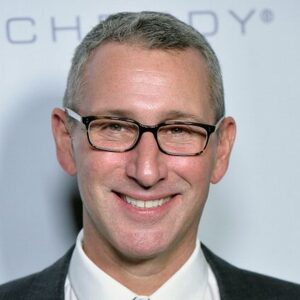