Adam Housley Net Worth: Adam Housley is an American journalist and former professional baseball player who has a net worth of $4 million dollars. He worked as a correspondent for Fox News. He is notable for being married to actress Tamera Mowry. The net worth listed here represents a combined net worth between Tamera and Adam.

Early Life and Education: Arthur Adam Housley, better known as Adam Housley, was born on August 13, 1971, in Napa, California. His family owns grocery store located in Napa Valley, such as Ranch market and Ranch Market Too. He graduated from Pepperdine University with degrees in Political Science and Telecommunications. He was a media fellow at the Hoover Institution at Stanford University, and later received a master's degree in international security from the University of Arizona in 2014.

Sports Career: An excellent athlete, Housley enjoyed brief success as a professional baseball player before beginning his career in broadcast journalism. Housley was a member on the 1992 National Champion College World Series baseball team. He also spent two of his summers playing in the Cape Cod League for Harwich, and was a Junior Olympic All-American baseball player. He then played for both the Milwaukee Brewers and the Detroit Tigers minor league teams.

Journalism Career: Housley kicked off his broadcast journalism career in his hometown of Napa, California, where he was a report for KVON-KVYN radio. There, he developed and produced various newscasts. He then moved to Chico, California, where he was a live reporter for KCPM-TV (NBC) from 1997 to 1998. While there, he actually won a California Department of Forestry Award because he helped capture a wanted arsonist responsible for a 50,000-acre fire. In 1998, he moved to Santa Rosa, California, where he was the lead reporter for independent station KFTY-TV. He then worked as a reporter at KTXL-TV (Fox) in Sacramento, California. He was there from 1999 to 2001, and during his time with them he won several awards such as the 2001 Regional Associated Press Reporting Award and a Regional Emmy Award.

Housley joined Fox News Channel in 2001. There, he covered many big news stories such as Thailand after a tsunami, multiple drug-related stories in South American, the Chilean mine rescue effort, and the Japanese earthquake and tsunami. He also reported during the Iraq War from overseas locations such as Kuwait, Iraw, Bahrain, Jordan, and the Persian Gulf. In fact, he was actually on air in Kuwait during the moment missiles and warning sirens began blaring on March 20, 2003. Other notable moments from Housley's time with Fox News include the execution of murderer Stanley "Tookie" Williams at San Quentin Prison—Housley was one of only a few reporters elected to witness the execution that took place in December 2005; an exclusive interview with a special operations whistle-blower relating to the September 2012 Benghazi attack; live coverage of the Los Angeles International Airport shooting; and coverage of the devastating 2010 earthquake in Haiti.

Housley left his position at Fox News in 2018. Allegedly, he chose to part ways with Fox News over disagreements and frustrations he had over the direction of the network's reporting, and the increasing shift of focus of the network away from hard journalism towards opinion pieces.

Business Ventures: Housley's family owns the Century Oak Winery in Lodi, California. The winery was established in 2000, and spans over 37 acres. The family have been involved in the winery business in Napa Valley since 1977. Housley serves as the president of the family winery.

Personal Life: In 2011, Housley married actress Tamera Mowry. They have two children together: a son, born in November 2012; and a daughter, born in July 2015. Housley has suffered through tragedy in his family; his niece, Alaina Housley, was one of the victims killed during the Thousand Oaks shooting on November 7, 2018. 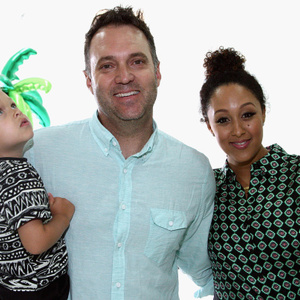