Zuria Vega Net Worth: Zuria Vega is a Mexican actress who has a net worth of $2 million dollars. Born January 10, 1989 in Mexico City, Mexico, she is best known for starring in the role of Luciana Jacinto Flores in the Mexican television program Un refugio para el amor. Vega is the sister of Mexican actress Marimar Vega, known for her role in the 2009 film Daniel & Ana.

Zuria's other roles between 2007 and 2014 include her portrayal as Roberta in Sexo y otros secretos; as Renata Higareda Fontanta in Alma de Hierro; as Estrella Marina Briceño in Mar de amor; as Azucena in Mujeres asesinas 3; as Gaby in Sin ella; as Magda Sáenz in El Equipo; as Valerie in Cloroformo; as Luciana Linares Talancón in Un refugio para el amor; as Julia in No sé si cortarme las venas o dejármelas largas; as Maria Guadalupe Menchaca "Lupita" in Qué pobres tan ricos; as Greta in Más negro que la noche (2014). 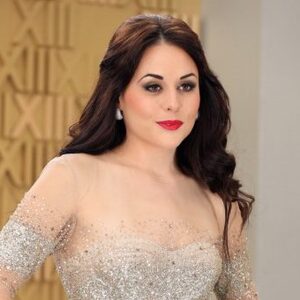