What is Zsa Zsa Gabor's Net Worth?

Zsa Zsa Gabor was a Hungarian-born actress and socialite who had a net worth of $40 million at the time of her death. Zsa Zsa died in December 2016 at the age of 99.  Zsa Zsa Gabor began her career on the stage in Vienna. In 1936 she was crowned Miss Hungary. She immigrated to the United States in the early 40s, and went on to appear in numerous films and television programs from the 50s through the 90s. Some of her notable films include "Lovely to Look At", "We're Not Married!", "Moulin Rouge", "Death of a Scoundrel", "The Girl in the Kremlin", and "Touch of Evil". She appeared on several TV shows, including "Playhouse 90", "Matinee Theater", "Gilligan's Island", "The Love Boat", "The Facts of Life", "Life of Riley" and "Batman".

Beyond her acting, Gabor earned notoriety for her ostentatious lifestyle and nine marriages. Her first marriage lasted from 1937 to 1941. She was then married to Hilton Hotel founder Conrad Hilton from 1942 to 1947. They had a daughter in 1947 whom they named Constance Francesca Gabor Hilton. Constance, who commonly went by her second name, Francesca Hilton, would be Zsa Zsa's only child. Decades later Zsa Zsa would claim the child was conceived after a rape by Conrad. Paris Hilton and Nicky Hilton would therefore be Francesca's great-nieces and Zsa Zsa's former great-great-nieces by marriage, though this relationship basically is discounted by Zsa Zsa and Conrad's 1947 divorce. Gabor later took her daughter to court over accusations of fraud but the actress never appeared.

She was married to Frederic Prinz von Anhalt from 1986 until her death in 2016.

She made headlines in 1989 for slapping a police officer after she was pulled over while driving and later for being involved in a car crash that left her in a wheelchair in 2002. Years later, Gabor suffered several strokes, required hip replacement surgery and a leg amputation.

Zsa Zsa Gabor was born on February 6, 1917 in Budapest, Austria-Hungary as the middle of three daughters of Jewish parents Jolie and Vilmos. Her older sister Magda went on to become a socialite in the United States, while her younger sister Eva became an American actress and businesswoman.

In 1934, Gabor was discovered by operatic tenor Richard Tauber in Vienna; he subsequently invited her to sing in his operetta "Der Singende Traum" at the Theater an der Wien. Later, in 1936, Gabor won the title of Miss Hungary. She ultimately ended up leaving the country in 1941, three years before the Nazi takeover. An émigré in the United States in the 40s, she co-wrote the novel "Every Man for Himself" with Victoria Wolf. 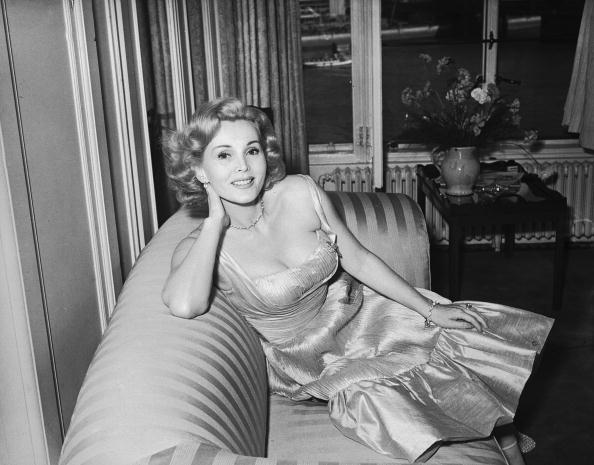 Gabor first appeared on the big screen in 1952. That year, she was in Mervyn LeRoy's romantic comedy musical "Lovely to Look At," Edmund Goulding's anthology comedy "We're Not Married!," and John Huston's drama "Moulin Rouge." Gabor next appeared in the MGM films "The Story of Three Loves" and "Lili," as well as the French-Italian comedy "The Most Wanted Man." Her subsequent credits included "Love in a Hot Climate," "3 Ring Circus," "Death of a Scoundrel," and "The Girl in the Kremlin." In 1958, Gabor was in four films: "The Man Who Wouldn't Talk," "Country Music Holiday," "Queen of Outer Space," and Orson Welles' film noir "Touch of Evil." She closed out the 50s with the MGM musical "For the First Time," the final film of tenor Mario Lanza.

In the 60s, Gabor was in such films as "Pepe," "Boys' Night Out," "Picture Mommy Dead," "Drop Dead Darling," and "Jack of Diamonds." The next decade, she had a notable role portraying German spy Mata Hari in the comedy "Up the Front." Gabor's later credits include "Frankenstein's Great Aunt Tillie" and "The Naked Truth." Additionally, she made cameo appearances in "A Nightmare on Elm Street 3: Dream Warriors"; "The Naked Gun 2 ½: The Smell of Fear"; "The Beverly Hillbillies"; and "A Very Brady Sequel."

Throughout her career, Gabor was a frequent guest on talk, variety, and game shows. She appeared on "What's My Line?," "The Milton Berle Show," "The Dinah Shore Chevy Show," and "Rowan & Martin's Laugh-In." Among Gabor's most regular stops were "The Merv Griffin Show," on which she appeared 42 times; "The Mike Douglas Show," on which she appeared 31 times; and "Hollywood Squares," on which she made 64 appearances. She also appeared in multiple episodes of "General Electric Theater," "Matinee Theater," "The Arthur Murray Party," "Playhouse 90," and "Dinah!"

Gabor also acted in episodes of various shows, including "Climax!," "Make Room for Daddy," "Burke's Law," "Gilligan's Island," "The Rounders," "F Troop," "Bonanza," "My Three Sons," and "Batman," on which she played special guest villain Minerva. In 1981, she was a series regular on the soap opera "As the World Turns," playing the character Lydia Marlowe. Later in her career, Gabor appeared in episodes of the sitcoms "City" and "The Fresh Prince of Bel-Air."

Famously, Gabor was married a total of nine times, with seven divorces and one annulled marriage. Her first husband was Turkish politician Burhan Asaf Belge, to whom she was married from 1935 until 1941. Next, Gabor was married to businessman Conrad Hilton from 1942 until 1947. Her third husband was actor George Sanders, to whom she was wed from 1949 until 1954. Gabor subsequently married attorney Herbert Hutner in 1962; they divorced in 1966. Just days after that divorce, Gabor married Joshua S. Cosden Jr., whom she divorced the following year. From 1975 to 1976, she was married to designer Jack Ryan. Gabor was subsequently married to Michael O'Hara from 1976 until 1983. In the latter year, she was wed to Felipe de Alba for two days before their marriage was annulled. Gabor's ninth and final husband was businessman Frédéric Prinz von Anhalt; in the longest marriage of her life, they remained together from 1986 until Gabor's passing in 2016.

Gabor had one biological child during her life, with her second husband: a daughter named Constance. However, with her last husband, she adopted a number of adult men who paid the couple to become legal descendants of Princess Marie-Auguste of Anhalt. 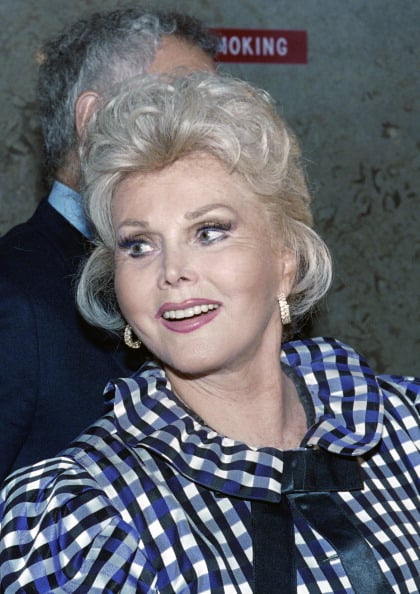 In 2002, Gabor was involved in a car crash in Los Angeles that left her partially paralyzed. Later, in both 2005 and 2007, she survived strokes. In 2010, Gabor was admitted to the hospital in serious condition; the next year, she had her leg amputated to save her from a life-threatening infection. She was hospitalized again the same year, and fell into a coma.

Just days before her 99th birthday in 2016, Gabor was admitted to the hospital with breathing problems. While in a coma later in the year, she passed away from cardiac arrest at the age of 99. In 2021, husband Prinz von Anhalt had Gabor's remains interred in Budapest, fulfilling her desire to return to Hungary. 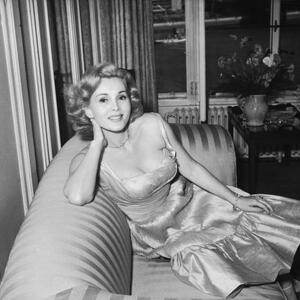