Zosia Mamet Net Worth: Zosia Mamet is an American actress who has a net worth of $3 million dollars. Born February 2, 1988 in Randolph Vermont, she is best known for her roles in the wildly popular AMC television series Mad Men, the television series Parenthood and as Shoshanna Shapiro on the HBO series Girls.

Zosia (pronounced ZAH-sha-like Sasha with a Z) is the daughter of American playwright, screenwriter and film director David Mamet and actress Lindsay Crouse. Her maternal grandfather is the late Russel Crouse and one of her maternal great-grandfathers is the late educator John Erskine. One of her half-siblings, Clara, is also an actress. Zosia lived in New England until age five when her mother moved to Pacific Palisades, California, taking Zosia and sister Willa with her. After finishing high school, Zosia made the decision to pursue acting instead of going on to college. 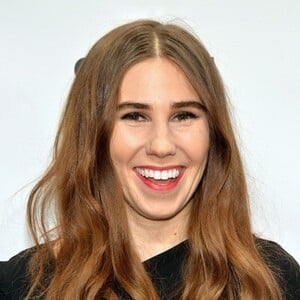