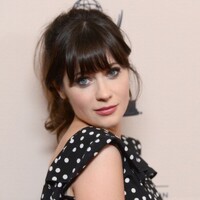 What is Zooey Deschanel's Net Worth and Salary?

Zooey Deschanel is an American actress, model, singer, songwriter and musician who has a net worth of $25 million. She is best known for her roles in comedy films like "Failure to Launch" (2006) and "500 Days of Summer" (2009), as well as her starring role on the Fox sitcom "New Girl".

Early Life: Zooey Claire Deschanel was born on January 17, 1980, in Los Angeles, California. Her mother, Mary Jo Deschanel (née Weir), worked as an actress, and her father, Caleb Deschanel, is an acclaimed cinematographer and director. She has an older sister, the actress Emily Deschanel, who is best known for her starring role in the Fox series "Bones". The Deschanel family lived in Los Angeles when she was growing up, but they also traveled often due to her father's work, which often involved shooting films on location. She attended the private preparatory school Crossroads in Santa Monica, where she counted future stars Jake Gyllenhaal and Kate Hudson among her classmates. She continued her education at Northwestern University in Chicago, but dropped out after only nine months to pursue an acting career full time.

Acting Career: Deschanel made her film debut in 1999, in Lawrence Kasdan's comedy film "Mumford". Then, in 2000, she co-starred in the film "Almost Famous", which won the Golden Globe Award for Best Film – Musical or Comedy. 2002 was a busy year for her. She appeared in four feature films: "Big Trouble", "The New Guy", "The Good Girl", and "Abandon". She landed her first leading role in the independent drama "All the Real Girls" (2003), which was an arthouse success after premiering at the Sundance Film Festival. In 2003, she also starred in the Christmastime comedy "Elf" opposite Will Ferrell. It was a smash hit, and grossed US$220.4 million worldwide on just a US$33 million budget.

Throughout the rest of the 2000s, Deschanel continued to appear in films like "Eulogy" (2004); "The Hitchhiker's Guide to the Galaxy" (2005), a film adaptation of Douglas Adams's novel of the same name; "Winter Passing" (2005); "Failure to Launch" (2006), as Sarah Jessica Parker's character's roommate and best friend; "Bridge to Terabithia" (2007); "The Happening" (2008), directed by M. Night Shyamalan; "Yes Man" (2008), as the girlfriend of Jim Carrey's character; and the romantic drama "500 Days of Summer" (2009) opposite Joseph Gordon-Levitt. Many of her films, in particular "Yes Man" and "500 Days of Summer", were box office hits; "Yes Man" grossed US$224.1 million worldwide, and "500 Days of Summer" grossed over US$60 million against its modest $7.5 million budget. During this period, she also appeared on various shows like "Frasier", "Cracking Up", "American Dad!", "Weeds", "Tin Man", and "Bones", among others. Then, from 2011 to 2018, she starred on the Fox comedy series "New Girl". During the show's seven season run, she starred as Jessica "Jess" Day, a bubbly, quirky teacher. Eventually, she also became a producer on the show. For her role on "New Girl", Deschanel has received an Emmy Award nomination, as well as three Golden Globe nominations.

In 2011, Deschanel starred in the comedy "Our Idiot Brother" as the sister of Paul Rudd's character. That same year, she appeared alongside Danny McBride and James Franco in the stoner comedy "Your Highness". "Your Highness" bombed at the box office and received generally negative reviews. Her 2015 film "Rock the Kasbah" fared no better. It managed to only make US$3 million at the North American box office despite having a US$15 million budget.

In addition to her on-screen appearances, Deschanel has also worked as a voice actress. In the animated film "Surf's Up" (2007), she voiced a penguin, and she voiced the character of Mary, Cletus's daughter, in three episodes of the hit television series "The Simpsons". In 2016, she voiced Bridget in the animated family film "Trolls", which went on to gross $344 million globally.

Zooey Deschanel Salary: What was Zooey Deschanel's salary per episode of New Girl? $125,000. In 2012, Zooey earned over $9 million from her various television, movie and commercial roles. 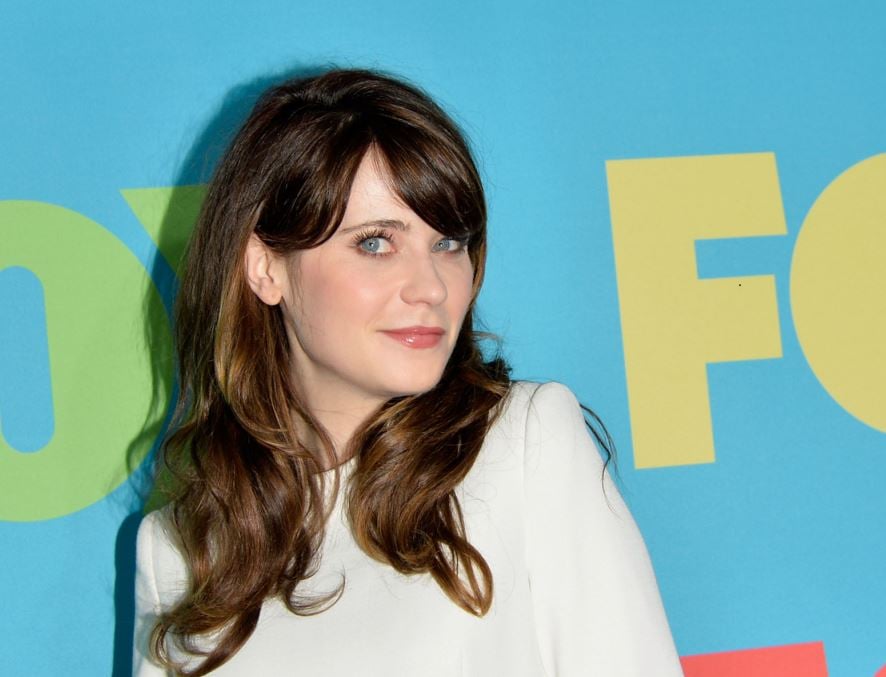 Music Career: In 2001, Deschanel partnered with actress Samantha Shelton to create the jazz cabaret act "If All the Stars Were Pretty Babies", and they performed the show around Los Angeles. In 2007, she partnered with M. Ward under the group name She & Him to work on music. Their first album together, "Volume One", was released by Merge Records in March 2008. Response to the album was generally quite positive; Paste Magazine even voted it as their No. 1 album of 2008. Their second album, "Volume Two", was released in March 2010, followed by "A Very She & Him Christmas" in September 2011; "Volume 3" in May 2013; "Classics" in December 2014; and "Christmas Party" in 2016. Additionally, Deschanel has contributed vocals to many other projects, including M. Ward's solo album "A Wasteland Companion" (2012), Tired Pony's album "The Place We Ran From" (2010), and the Buddy Holly tribute album "Listen to Me: Buddy Holly" (2011).

Endorsements: Over the years Zooey has appeared in a number of commercials for brands including Pantene, Macy's and Apple. Her Apple spots, which promoted the use of Siri, were widely panned and mocked.

HelloGiggles: In May 2011, Zooey and two friends founded a lifestyle website called HelloGiggles. In 2015 the site was acquired by Time Inc. for $30 million.

Personal Life: Deschanel was married to Death Cab for Cutie and The Postal Service vocalist Ben Gibbard from 2009 to 2012. According to a court filing, at the time of their divorce in 2012, her net worth was $3.5 million. Her assets at the time included $1.6 million in cash, $1.7 million in securities and real estate that was worth $700,000 at the time. Her monthly expenses at that point were $22,500.

From 2015 to June 2020, Deschanel was married to film producer Jacob Pechenik; they had announced their separation in September 2019. Together, they have two children. After announcing her separation from Pechenik, Deschanel began dating "Property Brothers" star Jonathan Scott.

Real Estate: Around 2015, Zooey and Jacob paid $4.6 million for a home in Manhattan Beach, California. Around the time of their separation in 2019, they sold the home for $4.7 million which likely ended up being a loss considering the upgrades they performed on the property over the years.

That was not the only home Zooey and Jacob bought in Manhattan Beach. Around 2017 they paid $5.6 million for a different home in the area. They listed his property for sale in November 2019 for $6 million.