Zoe McLellan Net Worth: Zoe McLellan is an American actress who has a net worth of $5 million. Zoe McLellan was born in La Jolla, California in November 1974. Zoe was homecoming queen at South Kitsap High School in Washington. Her first screen role came in the 1994 movie Imaginary Crimes. One of McLellan's best known roles came starring as Jennifer Coates in the television series JAG from 2001 to 2005. From 2007 to 2009 she starred as Lisa George in the TV series Dirty Sexy Money. McLellan currently stars in the CBS drama series NCIS: New Orleans since 2014. She has also starred in the movies Mr. Holland's Opus, Inventing the Abbotts, Stonebrook, Stranger in My House, Dungeons & Dragons, Conversations with God, Reunion, and Back to L.A. McLellan has also appeared in episodes of the TV series Nowhere Man, Sliders, Silk Stalkings, Diagnosis Murders, The Invisible Man, First Monday, House M.D., Royal Pains, The Mentalist, and NCIS. 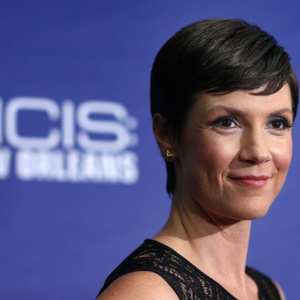