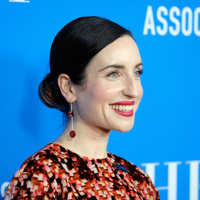 Zoe Lister-Jones Net Worth: Zoe Lister-Jones is an American actress, singer, playwright and screenwriter who has a net worth of $2 million dollars. Born September 1, 1982 in Brooklyn, New York, her theater credits include Seminar, The Little Dog Laughed and participation in the Off-Broadway theater group called The New Group's 'The Accomplices'. Her on-screen credits include political thriller State of Play, Salt, The Other Guys, The Marconi Bros., Day Zero, as well as such independent films as Armless, Arranged, Palladio and Lola Versus. Her television credits include appearing on such shows as Law & Order, Law & Order: Criminal Intent, Law & Order: SVU, Law & Order: Trial by Jury, as well as appearances on HBO's Bored to Death and the NBC sitcom Whitney. In May of 2014, she began filming a political thriller, which focuses on the world of genetically modified organisms. The thriller is being filmed in Champaign-Urbana, Illinois and was co-written by Lister-Jones (along with Daryl Wein) and is tentatively called 'Food'. The film has an all-star cast (inclusive of Zoe Lister-Jones: Lister-Jones, Kunal Nayyar (The Big Bang Theory),Taylor Kinney (Chicago Fire), Victor Garber (Argo), Danny Glover (Lethal Weapon), Griffin Dunne (Dallas Buyers Club), Anthony Edwards (ER) and Beth Grant (No Country for Old Men).