What is Zoe Kravitz's net worth and salary?

Zoe Kravitz is an American actress, singer, and model who has a net worth of $10 million dollars. Zoë is most widely known for her roles in "High Fidelity", "Big Little Lies", "X-Men First Class", as well as The Divergent Series. She is the daughter of rock star Lenny Kravitz and actress Lisa Bonet.

Zoë Isabella Kravitzwas born on December 1, 1988 in Venice, California. She is the only child of musician/singer/songwriter Lenny Kravitz and actress Lisa Bonet. Kravitz and Boney were married from 1987 to 1993.

Zoë's upbringing was eclectic to say the least — Zoë's parents are of mixed African American and Ashkenazi Jewish descent. Zoë herself identifies as secular Jewish. Zoë mostly lived with her mother in Topanga Canyon until she was 11, at which point she moved to Miami to live with her father while spending summers with her mother.

Kravitz attended Miami Country Day School and Rudolf Steiner School in Manhattan, graduating in 2007. After graduating, Kravitz began studying at The Acting Conservatory under Scott McCrea that same year. Zoë left college after her first year in order to move to Brooklyn, New York to pursue a promising acting career, which was already starting to take shape at the time.

Despite her academic movements, Zoë was able to begin her professional acting career while she was still attending high school when she appeared in the feature film, "No Reservations".

Since her first acting turn, Zoë has earned spots as supporting actress as well as co-starring roles in such films as "The Brave One", "Assassination of a High School President", "Birds of America", "The Greatest", "Twelve", "Beware the Gonzo", "It's Kind of a Funny Story", "Yelling to the Sky", and "After Earth".

Zoë is also widely recognized for her role as Pearl on "Californication", and for her work as Angel Salvadore in "X-Men: First Class". From 2017-2019 she starred in the widely popular and critically acclaimed HBO series "Big Little Lies".

Kravitz has since turned in stellar performances as Leta Lestrange in the Fantastic Beasts film series, as well as voicing Mary Jane Watson in the critically acclaimed animated feature "Spider-Man: Into the Spider-Verse", (2018). Zoë has also had starring roles in a large number of independent films such as "Dope" (2015), Adam Green's "Aladdin" (2016), as well as the Hulu romantic comedy series based on the film (and novel) "High Fidelity" (2020).

Zoë also voiced Catwoman in The Lego Batman Movie (2017). In 2020 it was announced that she would be reprising the same role for the live action film "The Batman". 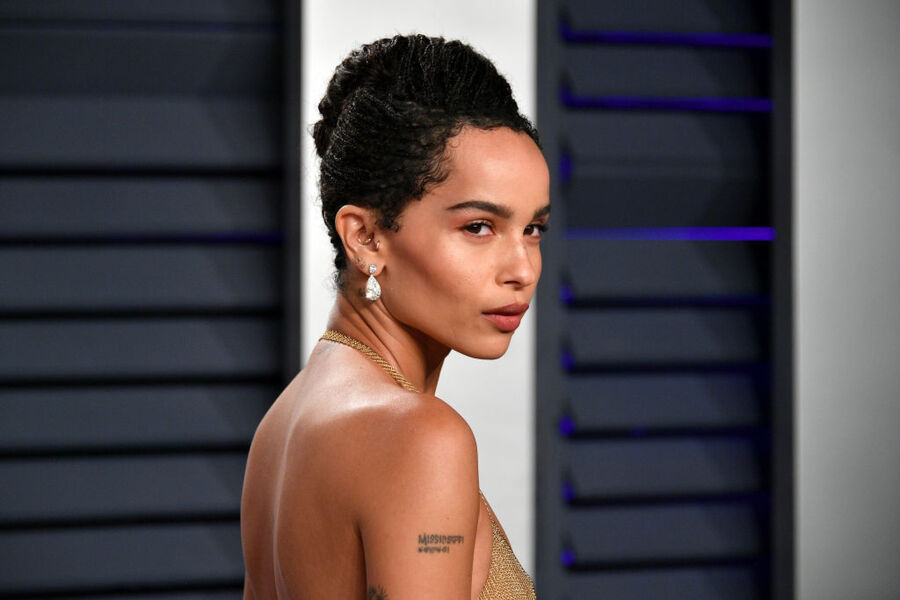 Zoë Kravitz has also had an eclectic career as a model and musician. She has done work as the face of YSL Beauté and has also been featured in campaigns for Tiffany & Co., Vera Wang, Coach New York, Calvin Klein, and numerous other brands.

As a musician, she is the singer of the band Lolawolf, which released the album "Calm Down" in 2014, as well as "Tenderness" in 2020. Lolawolf has opened for such acts as Lily Allen and Miley Cyrus, not to mention has played several music festivals like South by Southwest, and has also collaborated with widely popular artists, like Janelle Monáe and Drake.

Zoë Kravitz's impressive net worth comes from her extensive acting career, her modeling, music, and other endeavors. She is also an ambassador for the Yves Saint Laurent fashion company.

In 2017, Kravitz was earning around $380,000 per episode for "Big Little Lies". The success of the show earned her a huge pay raise — a reported $3 million per episode for the sophomore season, according to The Hollywood Reporter.

Zoë briefly dated Ezra Miller while filming "Beware the Gonzo" and was subsequently in a relationship with actor Penn Badgley for two years (2011-2013).

Kravitz began a relationship with actor Karl Glusman in 2016 and revealed in an interview that was published in October of 2018 that the two had become engaged as of February of that same year. Zoë and Karl were married at Kravitz's father's home in Paris on June 29th, 2019. They divorced in 2021.

In 2015 Zoë Kravitz paid $3.2 million for a property in the Williamsburg section of Brooklyn, New York. 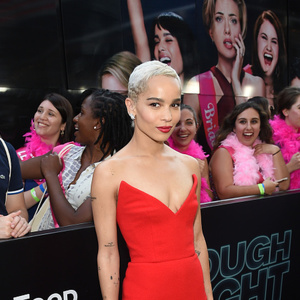