Zoe Kazan Net Worth: Zoe Kazan is an American actress, screenwriter and playwright who has a net worth of $3 million dollars. Born September 9, 1983 in Los Angeles, California, she is probably better known for her theater and on-stage work, as well as her playwright skills, than for her film work.

Zoe comes by her talent honestly, as she is the daughter of screenwriters Nicholas Kazan and Robin Swicord and her paternal grandparents were film and theatre director Elia Kazan and playwright Molly (Thacher) Kazan. It is through her paternal grandmother that she is also a direct descendant of classicist and college administrator Thomas Anthony Thacher, Yale president Jeremiah Day and Founding Father of the United States, Roger Sherman. Zoe's film debut was in Swordswallowers and Thin Men after which she went on to play her first professional on-stage role in the 2006 in the off-Broadway revival of The Prime of Miss Jean Brodie, alongside actress Cynthia Nixon (most noted for her role as Miranda Hobbes on the wildly popular HBO series Sex and the City). Zoe's playwright credits include a play about a father's tense relationships with his children called Absalom, a play she wrote in 2009. Her play We Live Here, about a dysfunctional family, made its world premiere between October 12 and November 2011 at the off-Broadway Manhattan Theater Club in New York City, New York and had the prestige of having actress Amy Irving in the cast. Zoe has been romantically linked to actor Paul Dano since 2007. Dano was also her co-star in the romantic comedy/drama film Ruby Sparks, which was written by Zoe as well. 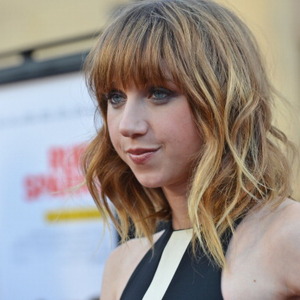