Zoe Jarman Net Worth: Zoe Jarman is an American actress, writer, and comedian who has a net worth of $1 million. Zoe Jarman started her acting career in 2008 when she appeared as a tour guide on three episodes of the 2008 hit series "Greek". She later scored a ten-episode part as Poppy on ABC Family's "Huge" alongside Nikki Blonsky, Zander Eckhouse, and Raven Goodwin. In 2010, Jarman had a one-episode part on "The Office" as Carla. Two years later, she followed that up with an appearance as Lindsay on the hit ABC show "Modern Family". In 2012, Jarman landed the role for which she is best known today: playing Betsy Putch on Mindy Kaling's popular series "The Mindy Project" on FOX. To date, Jarman has appeared in more than 40 episodes of the show alongside Chris Messina, Ed Weeks, and Anna Camp. She recently scored the role of Kate in the "Helpful Tips" episode of 2013's "The Birthday Boys" with Bob Odenkirk, Jefferson Dutton, and Dave Ferguson. Jarman, a native of Nashville, Tennessee, works as a screen and comedy writer when she isn't acting. Jarman currently writes for "Workaholics" on Comedy Central. She also performs her comedy routines and can often be found at Los Angeles' Upright Citizens Brigade Theatre. 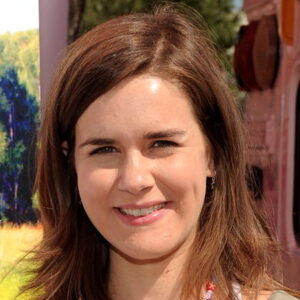