Zhou Xun Net Worth: Zhou Xun is a Chinese actress and singer who has a net worth of $20 million. Zhou Xun was born in Quzhou, Zhejiang, China in October 1974. Xun studied at the Zhejiang Arts Institute. Her first role came in the 1991 film Old Grave. She has also starred in the movies The Pampered Wife, Temptress Moon, My Rice Noodle Shop, The Emperor and the Assassin, Suzhou River, Beijing Bicycle, Hollywood Hong Kong, A Pinwheel Without Wind, Balzac and the Little Chinese Seamstress, Where Have All the Flowers Gone, A West Lake Moment, Beauty Remains, Baobei in Love, Stolen Life, Perhaps Love, The Banquet, Ming Ming, The Equation of Love and Death, Painted Skin, All About Women, The Message, Confucius, True Legend, The Founding of a Party, The Flying Swords of Dragon Gate, The Great Magician, Painted Skin: The Resurrection, The Silent War, Cloud Atlas, Overheard 3, One Day, Miss Anxiety, and Women Who Flirt. 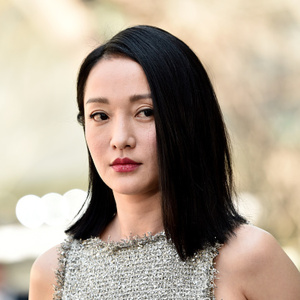