What is Zhao Wei's Net Worth?

Zhao Wei is a Chinese actress, film director, and pop singer who has a net worth of $1 billion. She is considered to be one of the Four Dan Actresses in China. She went on to earn a massive fortune thanks to an early investment in several media and tech companies, notably Alibaba Pictures.

Zhao Wei was born in Wuhu, Anhui, China in March 1976. When she was still in high school she scored a cameo role in a movie called "A Soul Haunted by Painting" that was being filmed in Wuhu. She fell in love with acting after this experience and decided to apply for the Beijing Film Academy.

In 2005 Zhao starred as Yao Mulan in the TV series Moment in Peking. In 2006 she starred as Chen Xiaoxiao in the series Fast Track Love. She starred as Tan Yuwei in the 2007 TV series Thanks for Having Loved Me. In 2009 she starred as Tian Sufei in the series An Epic of a Woman. Wei has also starred in the films Penitentiary Angel, East Palace, West Palace, Déjà vu 2000, The Duel, Shaolin Soccer, So Close, Chinese Odyssey 2002, Warriors of Heaven and Earth, My Dream Girl, Green Tea, Jade Goddess of Mercy, A Time To Love, The Postmodern Life of My Aunt, The Longest Night in Shanghai, Red Cliff I, Painted Skin, Red Cliff II, Mulan, The Founding of a Republic, 14 Blades, LOVE, Painted Skin: The Resurrection, and Dearest.

In 2014 tech mogul Jack Ma bought 60% of a failing Chinese production company. Jack then told his good friend Zhao and her husband Huang that they should become investors as well. So Zhao and Huang bought a 10% stake for a reported $400 million. That's how rich she was already. Today that stake has made Zhao one of the richest actors in the world. That equity stake alone is reportedly worth over $1 billion. 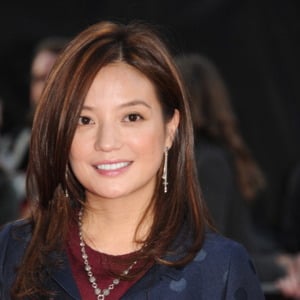