Zhao Benshan Net Worth: Zhao Benshan is a Chinese skit and sitcom actor who has a net worth of $30 million dollars. Born on October 2, 1957 in China, Zhao Benshan recently turned TV director and appears regularly on the Chinese network CCTV's New Year's Gala (a TV program broadcast throughout China each year).

Benshan was recommended for the job on CCTV's New Year's Gala by Xiangsheng artist Jiang Kun and after his first appearance on the gala, he has been asked back nearly every year since 1995. Benshan has also appeared as an actor in many films, to include Zhang Yimou's Happy Times (2000) where he portrayed a bachelor who really wanted to get married. He was nominated for the Best Actor Award at the 2007 Golden Horse Awards in Taipei for his performance in Getting Home, but lost to Tony Leung Chiu-Wai for his work in Lust, Caution. When Benshan did not perform at the 2012 or 2013 CCTV New Year's Gala, there was public speculation about his health, along with rumors that it may have also had something to do with a conflict with the show's director, Ha Wen, as 2012 marked the first year Benshan did not perform at the annual event. 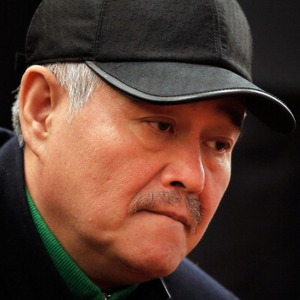