Zhang Ziyi net worth: Zhang Ziyi is a Chinese film actress and model who has a net worth of $100 million dollars. Sometimes credited as Ziyi Zhang, she was born in Beijing, China in February 1979, and began dancing when she was eight years old. She was later accepted to the Beijing Dance Academy, and went on to win the National Youth Dance Championship when she was 15.

This led to an offer to appear in commercials. She then went on to graduate from China's Central Academy of Drama. She began her professional acting career while she was still in school, appearing in the film, "The Road Home". The movie won the Silver Bear prize at the Berlin International Film Festival. Since then, she has starred or co-starred in some of China's most successful films, and has also become well known to Western audiences. In 2000 Ziyi played Jen in Crouching Tiger, Hidden Dragon. The role earned awards from the Chicago Film Critics Association, Toronto Film Critics Association, and Independent Spirit Awards. Her American film debut came in Rush Hour 2 in 2001. Her appearance in Hero in 2002 earned her nominations for an Oscar and Golden Globe. Ziyi starred in House of Flying Daggers and 2046 in 2004, and Memoirs of a Geisha in 2005. She has served as an international ambassador for Omega Watches, Visa, and Maybelline. She is also a Global Ambassador for the Special Olympics and has endorsed Garnier in Asia. In 2006 Ziyi was named Japanese Playboy's sexiest woman in Asia. Ziyi won 12 awards for best actress for her role in the 2013 film The Grandmaster. 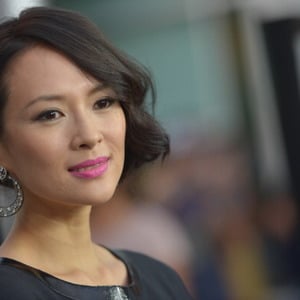