Zeljko Ivanek net worth: Zeljko Ivanek is a Slovenian American actor who has a net worth of $4 million. Zeljko Ivanek was born in Ljubljana, Slovenia, FPR Yugoslavia in August 1957. He has more than 100 acting credits to his name including starring as ASA Ed Danvers on the television series Homicide: Life on the Street from 1993 to 1999.

In 2002 he starred as Andre Drazen on the TV series 24. Ivanek starred as Governor James Devlin on the series Oz from 1997 to 2003. In 2009 he starred as Emile Danko on the television series Heroes and from 2009 to 2010 he starred as JJ on the TV series Big Love. Zeljko Ivanek starred as Ray Fiske on the series Damages from 2007 to 2010 and as Blake Sterling on the series The Event from 2010 to 2011. From 2012 to 2013 he starred as Dr. Stafford White on the television series The Mob Doctor. He began starring as Russell Jackson on the TV series Madam Secretary in 2014. He has also starred in several movies including The Associate, Donnie Brasco, Dancer in the Dark, Hannibal, Black Hawk Down, Live Free or Die Hard, The Bourne Legacy, Argo, Seven Psychopaths, X-Men: Apocalypse, and Three Billboards Outside Ebbing, Missouri. He won a Primetime Emmy Award in 2008 and a Screen Actors Guild Award in 2018. 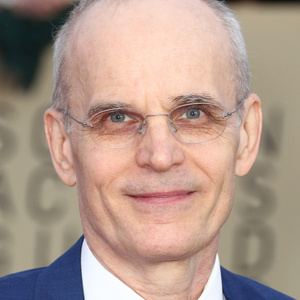