Zelda Williams net worth: Zelda Williams is an American actress who has a net worth of $20 million. Zelda Rae Williams was born in New York City, New York in July 1989. She is the daughter of actor and comedian Robin Williams and Marsha Garces. Her father Robin said that he named her after Princess Zelda from the video game series The Legend of Zelda. Her first appearance came in 1994 in the TV movie In Search of Dr. Seuss. She made her film debut in the 1995 movie Nine Months and then starred with her father in the film House of D in 2004. Zelda went on to star in the movies Were the World Mine, Don't Look Up, Luster, Detention, A Beer tale, Noobz, and Never. She has appeared in the television series Checked Out, Teen Wolf, and The Legend of Korra. She appeared with her father Robin in a commercial for the Nintendo 3DS game The Legend of Zelda: Ocarina of Time 3D in 2011. She was also a special guest host at the 25th anniversary of the London Zelda Symphony Concert in 2011. Zelda has appeared in music videos for Wynter Gordon and Cobra Starship. In 2014 she won a Domani Vision Award at the New York VisionFest for Best Lead Actor (Female) in the film Never. After her father's death in August 2014 Zelda was bullied on social media sites and suspended her Twitter and Instagram accounts.

Real Estate: In 2018, Zelda purchased a home in Los Angeles for $4.3 million in an all-cash deal. The home is the former residence of author and famous LSD aficionado Aldous Huxley. Aldous actually died in the house in 1963. At the time of his death he asked his wife to inject him with LSD. She obliged and he tripped into death. Around the same time of Zelda's purchase, she put her nearby other home up for sale for $3.2 million. She bought that house in 2011 for $1.9 million. 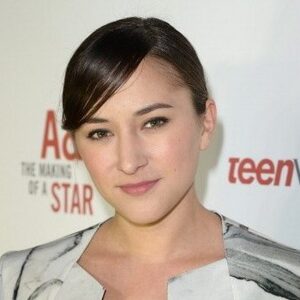