Zachery Ty Bryan net worth: Zachery Ty Bryan is an American actor who has a net worth of $4 million. Zachery Brown is probably most famous for playing the role of Brad Taylor on the TV series Home Improvement. He has also made appearances on several television shows like The Fresh Prince of Bel-Air, Buffy the Vampire Slayer, and Veronica Mars.

Zachery Ty Bryan was born on October 9, 1981. Bryan grew up in Colorado and was born to parents Dwight and Jenny Bryan. He has a younger sister, Ciri. As a child, Bryan got started on camera by staring in both print and TV ads in Denver, before moving to California to further pursue an acting career. When he landed the role on Home Improvement, he was actually younger than the character who played his younger brother, Jonathan Taylor Thomas. Bryan also made appearances on The Fresh Prince of Bel-Air, Buffy the Vampire Slayer, Veronica Mars, Shark, and Smallville.

Zachery won a handful of awards for his acting efforts, including three Young Artist Awards, all of which were wins for his work on Home Improvement.

Zachery married a high school friend named Carly Matros in 2007. They have twin girls and a son. Carly and Zachery split up in early October of 2020. On Friday October 16, 2020 Zachery was arrested in Eugene, Oregon on charges that included allegedly strangling a different woman, apparently his girlfriend. 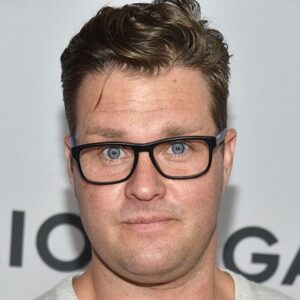