What is Zachary Quinto's Net Worth?

Zachary Quinto is an actor who is best known for playing Sylar on the superhero television series "Heroes" and Spock in the rebooted "Star Trek" film franchise. Zachary Quinto has a net worth of $20 million. Additionally, he has had notable roles on such television shows as "NOS4A2," "American Horror Story: Asylum," "So Notorious," and "24." Quinto's other credits include the films "Margin Call," "I Am Michael," "Snowden," and "Hotel Artemis," and the stage plays "Angels in America" and "The Glass Menagerie."

Zachary Quinto was born in 1977 in Pittsburgh, Pennsylvania, and was brought up in the suburb of Green Tree. His mother, Margaret, worked at an investment firm, while his father, Joseph, was a barber. Quinto grew up Catholic, and is of Irish descent on his mother's side and of Italian ancestry on his father's. He went to Saints Simon and Jude Catholic School. At the age of seven, following the death of his father, Quinto and his brother Joe were raised by their mother. As a teen, Quinto attended Central Catholic High School, where he acted in musicals and won a Gene Kelly Award. He went on to enroll at Carnegie Mellon University's School of Drama, graduating in 1999.

Quinto made his television debut in 2000 on the short-lived NBC series "The Others." He subsequently made guest appearances on a number of shows, including "Touched by an Angel," "CSI: Crime Scene Investigation," "Off Centre," "Lizzie McGuire," "Haunted," "The Agency," "Six Feet Under," "Charmed," and "Miracles." A bigger role came in 2003, when Quinto began playing the recurring role of computer expert Adam Kaufman on the third season of the Fox action drama series "24." This was followed by more guest-starring roles on shows such as "Dragnet," "Hawaii," "Joan of Arcadia," "Blind Justice," "Crossing Jordan," and "Twins."

The year 2006 was a major one for Quinto, with significant supporting parts on the VH1 sitcom "So Notorious" and the NBC superhero drama "Heroes." In the former, he played the bisexual Iranian-American character Sasan, while in the latter, he took on the role of serial killer Sylar. Following the end of "Heroes," Quinto had a recurring role on the FX anthology series "American Horror Story: Murder House," and then landed a main role on "American Horror Story: Asylum." For the latter, he earned an Emmy Award nomination. Among Quinto's other credits are the miniseries "The Slap"; the psychological thriller "Hannibal"; the streaming sitcoms "Unbreakable Kimmy Schmidt" and "Big Mouth"; the supernatural horror series "NOS4A2"; and the animated superhero streaming series "Invincible." 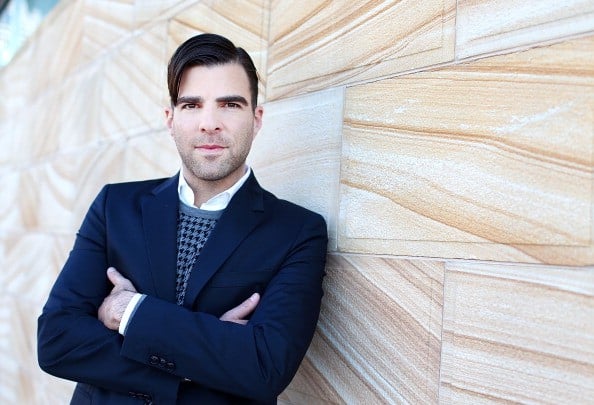 In 2009, Quinto made his feature film acting debut in the J. J. Abrams reboot of the "Star Trek" film franchise, playing a young version of Spock. He later reprised the role in the film's sequels "Star Trek Into Darkness" and "Star Trek Beyond." Quinto had another notable role in 2011's "Margin Call," about the 2007-08 financial crisis. Produced by his company Before the Door Pictures, the film also stars Kevin Spacey, Jeremy Irons, Stanley Tucci, and Demi Moore. Also in 2011, Quinto appeared in the ensemble comedy "Girl Walks into a Bar" and the romcom "What's Your Number?," starring Chris Evans and Anna Faris. Quinto was in another romcom, called "We'll Never Have Paris," in 2014.

Quinto had two major and drastically different roles in 2015. In the video game adaptation "Hitman: Agent 47," he played the character of John Smith. Meanwhile, he starred opposite James Franco in the biographical drama "I Am Michael," about a gay activist who attempts to renounce his homosexuality to become a pastor. Quinto went on to take more diverse roles, appearing in both the dramedy "Tallulah" and the biopic "Snowden" in 2016. He was subsequently in "Aardvark," "Who We Are Now," "Hotel Artemis," and the sports drama "High Flying Bird." In 2020, Quinto was part of the ensemble cast of the Netflix adaptation of "The Boys in the Band." The film features the entire lineup of actors, all of them openly gay, from the 2018 Broadway revival of the play, including Jim Parsons, Matt Bomer, and Andrew Rannells.

On stage, Quinto appeared early on in productions of Samuel Beckett's "Endgame" and Shakespeare's "Much Ado About Nothing." From 2010 to 2011, he played the main role of Louis Ironson in an Off-Broadway revival of Tony Kushner's "Angels in America." Next, in 2013, Quinto played Tom Wingfield in an American Repertory Theatre production of Tennessee Williams' "The Glass Menagerie." Later credits have included a production of "Smokefall" at New York's MCC Theater, and a production of "The Boys in the Band" at the Booth Theatre.

In 2011, Quinto came out to the public as gay. Before this, he had been a longtime advocate of LGBTQ rights and organizations, including the non-profit group The Trevor Project. He also participated in a benefit stage reading called "Standing on Ceremony: The Gay Marriage Plays," and appeared in "The Laramie Project: 10 Years Later," a play about the murder of gay college student Matthew Shepard. In 2010, Quinto contributed to the "It Gets Better Project," a campaign designed to empower LGBTQ youth and prevent suicide.

Quinto was in a relationship with actor Jonathan Groff from 2010 to 2013. Afterward, he started dating model and musician Miles McMillan, with whom he moved into a Manhattan apartment in 2015. The couple later split in 2019. 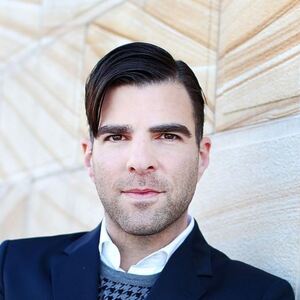