What is Zachary Levi's Net Worth And Salary?

Zachary Levi is an American actor who has a net worth of $12 million dollars. He is perhaps best known for starring as Chuck Bartowski in the series "Chuck" and for appearing

He was born Zachary Levi Pugh on September 29, 1980 in Lake Charles, Louisiana, the son of Susan Marie and Darrell Pugh. When he was a child, the family moved across several states before finally moving back home to Ventura, California, where he attended Bueno High School. Zachary started acting in school and local community theater productions when he was just a child.

After graduating high school, Levi starred in regional productions of "Grease," "The Outsiders," "Oliver," "The Wizard of Oz." and "Big River." He first appeared on television in the FX made-for-TV movie "Confessions of a Campus Bookie" Levi spent the early 2000s appearing in made-for-TV movies and appearing on various shows including "Curb Your Enthusiasm" and a short recurring role in the crime drama "The Division" (Lifetime 2001-04). He landed his first real television break when he was cast in the role of Kipp Steadman, a sarcastic, scheming and highly metrosexual magazine staffer who taunts Sara Rue's character in the ABC comedy "Less Than Perfect.". He appeared in 81 episodes of this show from 2002-2006. That same year, Levi appeared on the big screen, playing Martin Lawrence's clumsy FBI partner in "Big Momma's House 2." Levi was slated to be a leading star in an ABC pilot called "Three" for the 2004/2005 television season, but the show wasn't picked up. After "Less than Perfect" was canceled, Levi starred in a handful of indie films in 2007.

In 2008, Levi starred in "Shades of Ray," a romantic comedy about a Pakistani-American man about to get married when his long-lost father shows up at his doorstep. That same year, he co-starred with "Saturday Night Live" actor Kenan Thompson in the road trip comedy Wieners then went on to star alongside Brandon Routh in the testosterone-fueled "Stuntmen."

His leading role as Chuck in the television series of the same name established Levi as a small screen hero to the MySpace generation, and also provided the vehicle for him to transition into more feature film projects. He would eventually appear in 91 episodes of "Chuck" and even directed three episodes. For his role, Levi won Best Action Actor in a TV Series for the Teen Choice Awards in 2010. He was also named Entertainment Weekly's Top Thirty People Under Thirty. He then starred in the film "Alvin and the Chipmunks: The Squeakquel" as Toby Seville. Later that year, he starred in the 2010 Disney feature film "Tangled", voicing Flynn Rider, a bandit who finds refuge in Rapunzel's tower. In 2011, Levi narrated "Under the Boardwalk: The Monopoly Story." Later that year, he hosted the 2011 Spike Video Game Awards and was also ranked #97 on BuddyTV's "TV's Sexiest Men of 2011" list.  Levi nabbed the male leading role in the 2012 TV pilot "Let It Go," which would have aired on Fox, but was unfortunately not picked up. 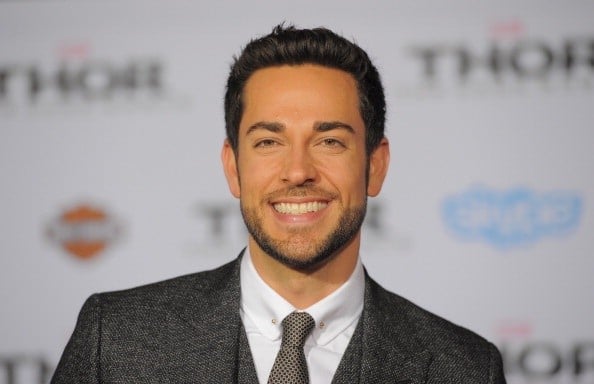 In 2013, Levi appeared as Fandral in the Marvel movie "Thor: The Dark World." He reprised his role in 2017's "Thor: Ragnarok." He had been set to star in the first "Thor," but his "Chuck" filming schedule got in the way. Later in 2013, Levi made his Broadway debut in a production of the musical comedy "First Date."  In 2015, Levi was cast as Luke Collins in NBC's 13-episode miniseries "Heroes Reborn." The show was not picked up for a second season. He also guest-starred that year as Abraham Lincoln in the Hulu original series "Deadbeat." He later joined the cast of the Broadway revival "She Loves Me." He played the lead role of George alongside Laura Benanti. The show opened on March 17, 2016, and was scheduled to run until June 12 of that year. However, the run was later extended by a month. It received much critical praise, earning five stars from The Guardian and selected as a Critics' Pick for the New York Times. Levi was even nominated for a Tony Award for Best Performance by an Actor in a Leading Role in a Musical for his performance. Critics widely lauded Levi's performance and the production had a historic livestreamed performance on June 30, 2016, with Levi and his fellow cast members participating in the first livestreamed show in Broadway history. In 2017, Levi reprised his role as Flynn Rider in Disney Channel Original Movie titled "Tangled: Before Ever After."  The movie continued the story as a regular series titled "Rapunzel's Tangled Adventure," which lasted for three seasons. It premiered on March 24, 2017 and concluded March 1, 2020.

Levi appeared in 2018 as Dr. Benjamin Ettenberg in season two of "The Marvelous Mrs. Maisel." He played the main character, Miriam 'Midge' Maisel's, love interest. Alongside the series' other principal cast members, Levi won the Screen Actors Guild Award for Outstanding Performance by an Ensemble in a Comedy Series at SAG's January 2019 awards ceremony.

In 2019 he starred in the comedy action film Shazam!. The film was an entry in the DC Extended Universe franchise. His character was the superpowered alter-ego of young teenager Billy Batson (played by Asher Angel), who retains his childish personality in his adult form (very similar to 1988's "Big.)

Levi married Canadian actress Missy Peregrym in June 2014. They filed for divorce in April 2015, with a separation date listed in court documents as December 3, 2014. His mother, Susan Pugh, died from cancer in October 2015. In 2019, Levi became an ambassador for the mental health charity Active Minds.

What was Zachary Levi's peak salary per episode of Chuck? $90,000 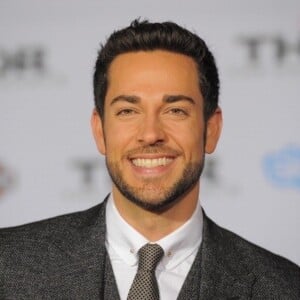