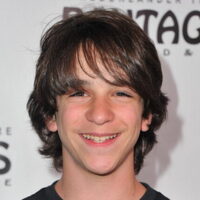 Zachary Gordon net worth: Zachary Gordon is an American actor who has a net worth of $2 million. Zachary Gordon was born in Oak Park, California in February 1998. He is best known for his role as Greg Heffley in the Diary of a Wimpy Kid film series. His first appearance came in the 2007 film Because I Said So. He has appeared on the TV shows All of Us, How I Met Your Mother, Desperate Housewives, 24, and Last Man Standing. Gordon has starred in the movies Sex and Death 101, Lower Learning, Georgia Rule, The Brothers Bloom, National Treasure: Book of Secrets, Diary of a Wimpy Kid, Beverly Hills Chihuahua 2, The Search for Santa Paws, Diary of a Wimpy Kid: Rodrick Rules, Diary of a Wimpy Kid: Dog Days, and The Incredible Burt Wonderstone. Gordon has won Young Artist Awards in 2008, 2011, and 2013. He has also provided voice work for Madagascar: Escape 2 Africa, Batman: The Brave and the Bold, Ni Hao, Kai-Lan, Robot Chicken, Family Guy, Uncle Grandpa, and Bubble Guppies. In 2013 he was chosen to host a mini-series for Nintendo called Skylander's Boomcast on YouTube.