Zach Gilford Net Worth: Zach Gilford is an American actor who has a net worth of $1.5 million dollars. Zach Gilford was born in Evanston, Illinois, a suburb of Chicago, in 1982, and earned his degree from Northwestern University. He landed an acting job in 2005 in one episode of "Law & Order: Special Victims Unit" before scoring a regular part in the hit TV series "Friday Night Lights" one year later.

Gilford appeared on 62 episodes between 2006 and 2011 as Matt Saracen. He briefly appeared on "Grey's Anatomy", "The Matadors", and in several films while working on "Friday Night Lights". In 2011, he landed a regular role as Dr. Tommy Fuller on "Off the Map" for 13 episodes. A year later, he appeared in several episodes of "The Mob Doctor". He's had several movie roles, including playing Matthew in 2013's "Crazy Kind of Love", Jerry Bailey in "The Last Stand", and Shane in "The Purge: Anarchy". Gilford starred in Taylor Swift's 2011 music video for "Ours" as the country star's romantic interest. He is an active outdoor enthusiast who leads wilderness excursions for teenagers. He has visited British Columbia, the South Pacific, Hawaii, and Alaska, among other places. Gilford married his girlfriend and co-star Kiele Sanchez in 2012. They tied the knot after meeting on the set of "The Matadors". 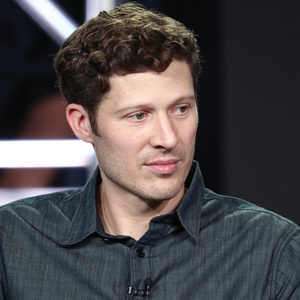