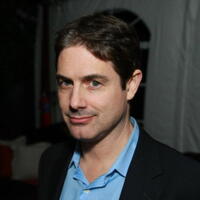 Zach Galligan Net Worth: Zach Galligan is an American actor who has a net worth of $500 thousand. Zach Galligan was born in New York City, New York in February 1964. Galligan graduated from Columbia University. His first role came in 1982 in the TV series ABC Afterschool Specials. In 1984 he starred as Billy Peltzer in the movie Gremlins. From 1986 to 1987 Galligan starred as Hickey in the TV mini-series The Lawrenceville Stories. In 1990 he reprised the role of Billy Peltzer for Gremlins 2: The New Batch. He has also starred in the movies Nothing Lasts Forever, Psychic, All Tied Up, Caroline at Midnight, Prince Valiant, Gabriela, Momentum, Let Them Chirp Awhile, Jack Falls, and Hatchet 3. Galligan has appeared in episodes of the TV series Tales from the Crypt, Pacific Blue, Dr. Quinn, Medicine Woman, The Love Boat: The Next Wave, Star Trek: Voyager, The Net, 7th Heaven, and Law & Order: Criminal Intent.