What is Zach Braff's Net Worth and Salary?

Zach Braff is a New Jersey-born actor, writer, producer, and director who has a net worth of $20 million. Zach Braff is probably best known for his role in the hit comedy series Scrubs, in which he played J.D. That being said, he has also made a name for himself with various film roles throughout the years. In addition, Zach Braff has emerged as a successful director after making his debut with Golden State, which he also wrote and acted in. As a well-rounded and versatile actor, Zach Braff is also known for appearing on stage in Broadway productions.

Zach Braff's first TV role came in the 1990s with The Baby-sitters Club. His first film role then followed with Manhattan Murder Mystery, a film that received positive reviews despite failing to break even at the box office. During this period, he also appeared on stage in a production of Macbeth for the New York City's Public Theater.

Braff's breakthrough came in 2001 when he booked his first leading role in the TV series Scrubs. As a result of his performances in the series until its finale in 2010, Braff was nominated for three Golden Globes and an Emmy. He also directed seven of the episodes and served as an executive producer during the show's ninth season.

Outside of Scrubs, Zach Braff is known for voicing the titular character in Disney's animated film Chicken Little. He also voiced the character in various Disney video games. Another notable role came in 2006 with The Last Kiss, a romantic drama that received poor reviews and failed to break even at the box office. In 2006, he also appeared in The Ex, another critical and commercial failure. In 2010, Braff starred in The High Cost of Living, a Canadian independent film that received average reviews. Although Zach Braff landed the lead role in Alex, Inc. in 2018, ABC canceled the show after just one season. 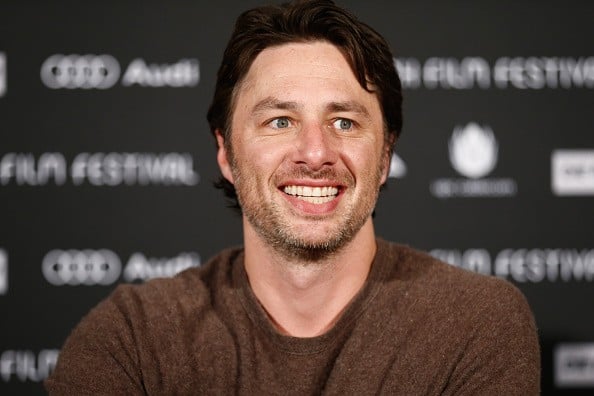 After experiencing mainstream success with Scrubs, Zach Braff continued his theater career. In 2002, Braff performed in a production of Twelfth Night put on by New York's Public Theater. In 2010, he appeared in an off-Broadway production of a play called Trust. In 2011, he wrote a play called All New People, which debuted in New York City and was later performed at theaters in Manchester and London. In 2014, Braff appeared in the Broadway musical Bullets over Broadway The Musical.

In 2004, Zach Braff directed and wrote Garden State, a film which proved to massively successful despite the doubts of producers who were initially reluctant to finance it. Garden State managed to rake in over $35 million at the box office; a healthy return for a film with a budget of only $2.5 million. Although Zach Braff starred in the film, he gained considerable praise for the film's soundtrack, which he personally compiled. In 2005, he won a Grammy Award for Best Compilation Soundtrack for a Motion Picture, Television, or Other Visual Media.

Braff followed up with his second directorial effort in 2014, Wish I Was Here. This time, reviews were mixed and the film didn't perform particularly well at the box office. He is also famous for directing various music videos, and he has acted as an executive producer for several documentaries.

In 2009, Zach Braff opened his own restaurant: Mermaid Oyster Bar. He also helped finance the Rio Theater in Monte Rio, donating a considerable sum that allowed them to purchase a new digital projector. In 2020, Donald Faison and Zach Braff collaborated on a new podcast called Fake Doctors, Real Friends. The podcast functions as a kind of "behind-the-scenes" commentary of Scrubs, and they rewatch each episode while revealing their experiences on set. 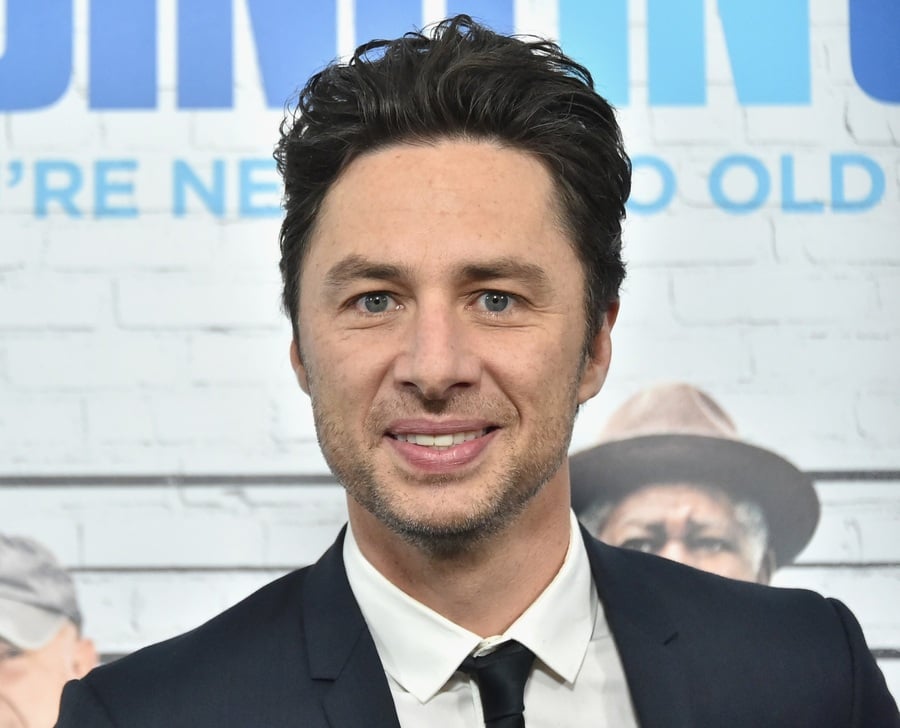 Zach Braff famously started dating Mandy Moore in 2004. Two and a half years later, they ended their relationship. Braff's subsequent relationship with model Taylor Bagley lasted longer, and they dated from 2009 to 2014. Following this relationship, Zach Braff began a relationship with Florence Pugh, who is an actress famous for the 2016 film Lady Macbeth. Pugh is Braff's junior by over 20 years, which has generated some unfavorable commentary from media pundits.

In a 2005 episode of Punk'd, Braff was pranked by his Scrubs co-star Donald Faison, who had Zach Braff's brand new Porsche spray painted by pranksters. Zach Braff then chased after the teen pranksters, punching them and becoming violent. This moment was edited out of the final episode.

Zach Braff is a proud Democrat, and he publicly endorsed Barack Obama for president in his re-election campaign of 2012. He is known for his outspoken views against Republican viewpoints, often accusing them of lying to the public.

Zach Braff is an amateur pilot during his spare time. In 2008, he officially earned his pilot license, allowing him to fly a Cirrus SR20 without supervision. The Cirrus SR20 is one of the most popular planes for civilian use, and they're often employed in flight schools.

In 2003, Zach Baff paid approximately $1 million for a 2,173-square-foot apartment in the Hollywood Hills neighborhood of Los Angeles. In 2007, Zach Braff split his started to split his time between L.A. and New York City after purchasing a $3.2 million apartment in Manhattan. The 2,500 square-foot apartment is located in the Union Square building, and many other actors also live in this residence. Baff actually purchased his apartment from Tom O'Horgan, a well-known theater actor on Broadway.

Well-known actress Heather Graham also lives in the building. Graham's apartment is reportedly directly above Braff's, and this caused concern when the actress accidentally sparked a fire in her home. The fire department was called to the scene, and it took 45 minutes to extinguish the blaze, which was reportedly caused by candles left unattended while Heather Graham was taking a bath.

When Scrubs was at its peak, Zach Braff was one of the highest-earning actors on television. Although his salary fluctuated over the course of the various seasons, he was at one point earning $350,000 per episode of Scrubs. This equates to an annual salary of approximately $3.85 million for the seventh season alone. In addition, Zach Braff directed seven episodes of Scrubs, which would have provided him with a separate, additional paycheck for each of those episodes. 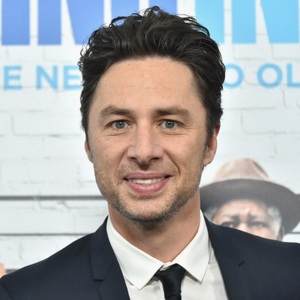