Yuri Lowenthal net worth: Yuri Lowenthal is an American actor, screenwriter, and producer who has a net worth of $10 million. Yuri Lowenthal was born in Ohio in March 1971. He is well known for his voice work in cartoons, video games, and anime. Lowenthal has voiced the roles of Sasuke Uchiha in the Naruto series, Ben Tennyson in the Ben 10 franchise, Simon in Gurren Lagann, Jinnosuke in Afro Samurai, and Suzaku Kururugi in Code Geass among others.

He has also provided voices for the video games Prince of Persia, Sunset Overdrive, Castlevania, Dead or Alive, Saints Row, and more. Yuri and his wife Tara Platt own the production company Monkey Kingdom Productions. Lowenthal has an amazing 500 acting credits to his name and has won five Behind the Voice Actors Awards. He has also co-authored the books Voice-Over Voice Actor: What It's Like Behind the Mic and Tough City. 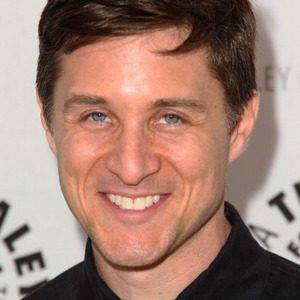