Yunjin Kim Net Worth: Yunjin Kim is an American film and theater actress who has a net worth of $4 million dollars. Born November 7, 1973 in Seoul, South Korea, she is best known to the English-speaking world for her role as Sun on the American television series Lost and for her current role as Karen Kim on the ABC drama series Mistresses.

She attended the prestigious high school Fiorello H. LaGuardia High School of Music & Art and Performing Arts, a public high school in Manhattan, New York then went on to study drama at the London Academy of Performing Arts and later earned her BFA degree in drama at Boston University in Boston, Massachusetts. She is also a trained dancer and martial arts fighter. After graduating, Kim devoted herself to full-time acting and landed several minor parts on MTV, on a few ABC dramas and on the off-Broadway stages. Kim was named on Maxim's annual Hot 100 List in May of 2006 and in October of that same year she appeared on the cover of Stuff magazine-appearing in a spread inside the magazine as well. She married her former manager Jeong Hyeok Park in March of 2010, just after shooting her final scenes for the television reality series Lost. 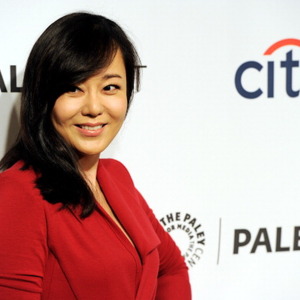