Yannick Bisson Net Worth: Yannick Bisson is a Canadian film and television actor who has a net worth of $5 million. Born on May 16, 1969, in Montreal, Quebec, he reached international fame as the star of the famed Murdoch Mysteries. Spending his teenage years in Toronto, Ontario, he took on acting lessons there making his debut at age of 13. Bisson's big break came with his turn in CBC's critically acclaimed 1984 movie of the week Hockey Night, starring along with Megan Follows and Rick Moranis. Next, he could be seen in the Canadian television series Learning the Ropes (1988-1989). It was in 1994 that he gained national exposure in the syndicated action series, High Tide. In the period from 2000 to 2004, he took on a recurring role as attorney Brian Tedrow on the Showtime drama Soul Food. This was followed by numerous other appearances on TV series like Nothing Too Good for a Cowboy, Falcon Beach, and such TV movies as Crazy for Christmas, I do (but I don't), Brothers by Choice, Keshan and Loves Music, Loves to Dance, among others. However, the role that shoot him to prominence globally is his portrayal of the lead character in the CBC Television drama series Murdoch Mysteries. Also, he made his directorial debut with Murdoch Mysteries's fourth season episode "Buffalo Shuffle." Off the screen, he is married to actress Chantal Craig and they have three daughters together. 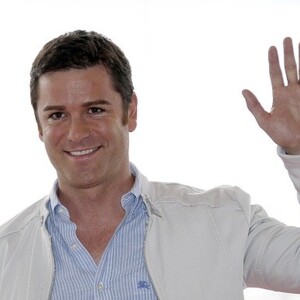