Yanic Truesdale Net Worth: Yanic Truesdale is a Canadian actor who has a net worth of $4 million dollars. Born March 17, 1970 in Montreal, Canada, he is best known for his portrayal of Michel Gerard in the television series Gilmore Girls, a role which prompted the Daily Variety to name him one of the "10 Actors to Watch".

He began acting at age 17 when he auditioned for acting school with a friend, who was not accepted to the school. Truesdale made it into the National Theatre School of Canada and graduated when he was 20. His first TV appearance was on a popular Canadian TV series about hockey called He Shoots, He Scores. He then hosted a teens talk show called Special Delivery and held a six-year role on The Duvel Family. Truesdale received the Canadian equivalent of an Emmy (a Gemini Award) for his part on Roommates, a show which mirrored his real life. With many professional accomplishments in Canada, Truesdale decided he needed some new challenges so he enrolled at the Lee Strasburg Theatre Institute in New York City, New York and later moved to Los Angeles where he currently resides. He went on to star in See Jane Date, a romantic comedy film by ABC Family. He is also known for starring in a French series, Majeur et vaccine, which aired on the SRC channel. In 1995, he was cast in Les Heritiers Duval, followed by a small role in two episodes of Un gars, une fille. In 1999, he was seen on the series The Sentinel and the next year, he landed the part that brought him the most fame when he joined the cast of the series Gilmore Girls. The Emmy Award-winning show enabled him to work alongside Alexis Bledel, Lauren Graham, Scott Patterson, Kelly Bishop and Edward Herrmann. 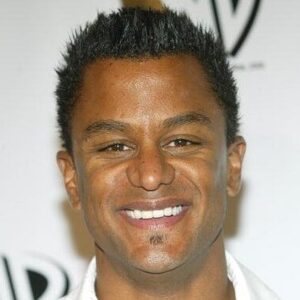