Yancy Butler net worth: Yancy Butler is an American actress who has a net worth of $1 million. Yancy Butler was born in Greenwich Village, Manhattan, New York in July 1970. From 1997 to 1998 she starred as Anne-Marie Kersey on the television series Brooklyn South. Butler starred as Det. Sara "Pez" Pezzini / Aras on the TV series Witchblade from 2001 to 2002.

In 2007 she had a recurring role as Ava Jenkins on the soap opera As the World Turns. Yancy Butler has also had recurring roles on the TV series Mann & Machine as Sgt. Eve Edison in 1992 and as Kate Patrick on the series South Beach in 1993. Yancy Butler has appeared in many films including Savage Weekend, Hard Target, Drop Zone, Kick-Ass, Lake Placid 3, Hansel & Gretel Get Baked, Kick-Ass 2, Lake Placid v. Anaconda, and more. She has also appeared in TV movies including Witchblade, Wolvesbayne, Lake Placid 3, Rage of the Yeti, and Lake Placid: The Final Chapter. 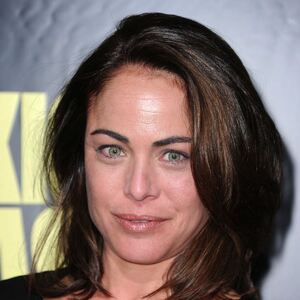