Yahoo Serious net worth: Yahoo Serious is an Australian actor and director who has a net worth of $100 thousand dollars. He achieved a flash of success after starring in the 1980s comedy Young Einstein.

He was born in Cardiff, South Wales, Australia on July 27, 1953. His birth name is Greg Pead. He is best known for his fork in 1988's Young Einstein, 1993′ Reckless Kelly, and 2000's Mr. Accident. Serious is recognized as a movie powerhouse and is elbows deep in all facets of filmmaking. He attended Glendale East Public School as well as Cardiff High School and paid his own tuition to the National Art School in Sydney by working as a tyre fitter. He was eventually expelled and created his first film at the age of 21 known as Coaltown. His television series, Lifestyle, won the Australian Penguin Award for Best Educational Documentary a year later. In 1996, Serious received an honorary doctorate from the University of Newcastle with just three films under his name. He is currently a director of the Kokoda Track Foundation.

Personal Life: In August 2020 it was reported that Yahoo had been evicted from his home in Sydney after failing to pay his $1,350-per-week rent for five months. He claimed his income had been hit hard by COVID-19. The home's owner sued and won a $15,000 AUD judgment. He could have qualified for some assistance had he been able to prove a 25% drop in income. Unfortunately he was not able to show any income at all from before the Coronavirus, which meant he did not qualify for assistance. 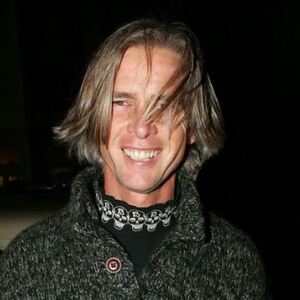