Yael Stone net worth: Yael Stone is an Australian actress who has a net worth of $1.5 million. Yael Stone was born in Sydney, Australia in March 1985. She is best known for playing the role of Lorna Morello in the Netflix series Orange Is the New Black. She studied at the National Institute of Dramatic Art but starting acting as a child.

Stone won awards for Best Newcomer and Best Supporting Actress at the 2008 Sydney Theatre Awards. From 2007 to 2008 she starred as Ann-Marie Preston in the television series All Saints. Stone starred as Linda in the TV series Spirited from 2010 to 2011. Her best known role has come starring as Lorna Morello in the series Orange Is the New Black since 2013. She starred in the movies Me Myself I in 1999 and West in 2007. Stone starred as Beth in the TV series High Maintenance in 2015. She won a Screen Actors Guild Award in 2015 for Orange Is the New Black. 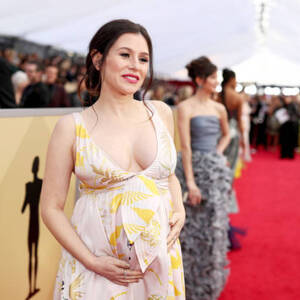