Yael Grobglas net worth: Yael Grobglas is an Israeli actress who has a net worth of $3 million. Yael Grobglas was born in Paris, France in May 1984. She is best known for starring as Petra Solano and her twin sister Anezka on the television series Jane the Virgin from 2014 to 2019. Grobglas starred as Ginny on the TV series The Island from 2007 to 2009. She starred as Jane on the TV mini-series Barefoot in 2011 and starred as Noy on the series Hatsuya from 2011 to 2012. Yael Grobglas starred as Olivia D'Amencourt on the television series Reign from 2013 to 2014. She has appeared in the films Rabies, Jeruzalem, and An Interview with God. Grobglas has also appeared in episodes of the TV series Chill, Sabri Maranan, The Pyjamas, Crazy Ex-Girlfriend, and Supergirl. Yael Grobglas appeared in the We the Kings music video "Say You Like Me" and on stage in Play It Again, Sam. 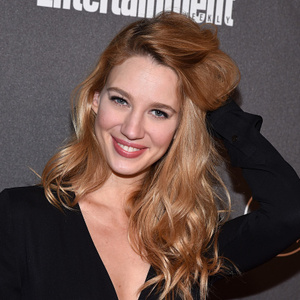