Xosha Roquemore Net Worth: Xosha Roquemore is an American actress who has a net worth of $1 million. Xosha Roquemore was born in Los Angeles, California, in late 1984. She became passionate about acting at a young age and studied at The Amazing Grace Conservatory right after she began high school.

Roquemore went on to earn her degree from New York University's Tisch program. She made her on-screen debut in 2008, appearing in the short film "Shades of Brooklyn Vol. 1" as Allison and in one episode of "Viralcom" as a showgirl. Roquemore's second movie appearance, as Jo Ann in 2009's "Precious", earned her a nomination for Best Ensemble by the Washington DC Area Film Critics Association Award. She also appeared as Racine Buchanan in "Rivers Wash Over Me" the same year. Roquemore's other film credits include playing Cinnamon in "Playing with Guns" (2010), Shirley in "I Can Smoke? (2011), Donna in "Price Check" (2012), Caprice in "G.B.F. (2013), and Foxy in "The Butler (2013). She has appeared in episodes of "Nurse Jackie", "10 Things I Hate About You", "Law & Order: Criminal Intent", "My Boys", "Rescue Me", "Southland", and "Kirstie". In 2013, Roquemore landed the part of Tamra on "The Mindy Project". She served as a recurring character during the first season before being promoted to a regular character during season two. 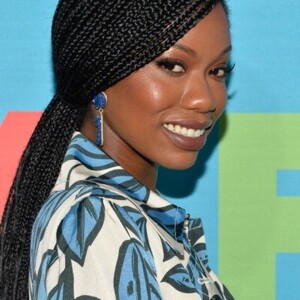