How much is Xolo Maridueña Worth?

Xolo Maridueña net worth: Xolo Maridueña is an American actor who has a net worth of $2 million. He is best known for starring as Miguel Diaz on the Netflix television series Cobra Kai.

Xolo Maridueña was born in Los Angeles, California in June 2001. He is also a streamer on Twitch. Xolo Maridueña starred as Victor Graham on the television series Parenthood from 2012 to 2015. In 2018 he began starring as Miguel Diaz on the TV series Cobra Kai. He also lent his voice to the TV series Cleopatra in Space as Zaid in 2020. Xolo Maridueña has appeared in the film Dealin' with Idiots in 2013. He has also appeared in episodes of the TV series Major Crimes, Mack & Moxy, Rush Hour, Twin Peaks, and Victor & Valentino. In 2020 he starred in the short Goodnight America. Xolo Maridueña won a Young Artist Award in 2014 for Outstanding Young Ensemble in a TV Series for Parenthood. 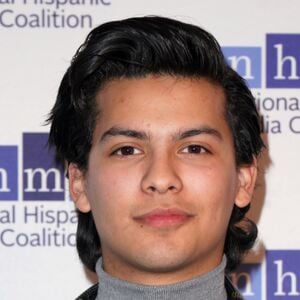