Xander Berkeley net worth: Xander Berkeley is an American actor who has a net worth of $3 million million dollars. That is a combined net worth with his wife of many years, fellow "24" actor, Sarah Clarke.

Xander Berkeley was born in Brooklyn, New York, and grew up in New Jersey. He went on to attend college at Hampshire College, where he participated in multiple plays. After finishing school, he began appearing in regional and Off-Broadway theater productions, and then relocated to Los Angeles at the urging of his agent. He began his professional on-camera career in 1981 with a role on "M*A*S*H", and has since gone on to appear in a wide variety of film and television projects. Some of his work includes guest starring, supporting, and starring roles in such films and television shows as "Hart to Hart", "Remington Steele", "Falcon Crest", "Wiseguy", "The X-Files", "Nash Bridges", "ER", "The Twilight Zone", "Law & Order", "The West Wing", "Bones", "The Mentalist", and "Nikita". He is most widely recognized for his work on "Being Human" and "Salem".

Xander Berkeley has been married to is "24" co-star Sarah Clarke since 2002. 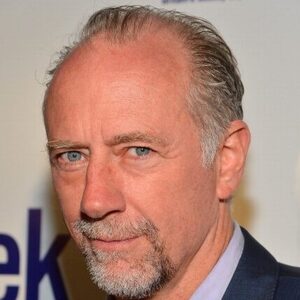