Wyatt Oleff net worth: Wyatt Oleff is an American actor who has a net worth of $1 million. He is best known for starring in the TV series I Am Not Okay With This.

Wyatt Oleff was born in Chicago, Illinois in July 2003. In 2020 he began starring as Stanley Barber on the web television series I Am Not Okay With This. Oleff has appeared in the films Guardians of the Galaxy in 2014 and Guardians of the Galaxy Vol. 2 in 2017 as Young Peter Quill. He has also appeared in the movies Someone Marry Barry, It, and It Chapter Two as well as the shorts Crafty: (Or the Unexpected Virtue of the Girl in Charge of Snacks), The Weight of Perfection, and Oh, Sorry. Wyatt Oleff has also appeared in episodes of the TV series Animal Practice, Suburgatory, Shake It Up!, Once Upon a Time, and Scorpion as well as the television films Middle Age Rage and The History of Us. In 2018 he won an MTV Movie + TV Award for Best On-Screen Team for It. 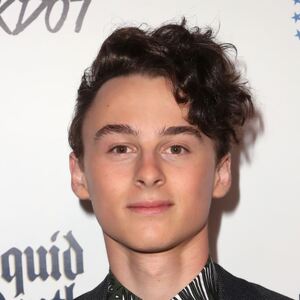