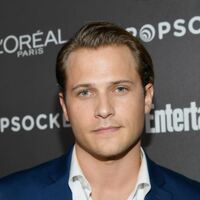 Wyatt Nash net worth: Wyatt Nash is an American actor who has a net worth of $2 million. He is best known for starring on the TV series Riverdale and Survivor: Redemption Island.

Wyatt Nash was born in Nashville, Tennessee in October 1988. His real name is Matthew Wyatt Elrod. He competed on the 22nd season of the reality TV show Survivor in 2011. Wyatt Nash starred as Cameron on the television series Hollywood Heights in 2012. In 2018 he starred as Phil on the TV series GLOW. Nash starred as Kurt Fletcher on the series Dear White People from 2017 to 2019. In 2019 he began starring as Charles Smith on the television series Riverdale. Nash has also appeared in films and episodes of TV series including 1600 Penn, Mistresses, Pretty Little Liars, Rake, Petals on the Wind, Dr. Ken, Brooklyn Nine-Nine, and Ford v Ferrari. In 2019 he was nominated for a Screen Actors Guild Award for GLOW.