Winter Ave Zoli Net Worth: Winter Ave Zoli is an American actress and model who has a net worth of $2 million. Winter Ave Zoli was born in New Hope, Pennsylvania. She is best known for her role as Lyla Winston on the TV series Sons of Anarchy. Her family moved to Czechoslovakia when Winter was 11 years old.

Winter studied ballet but moved on to musical theater. She started working at 13 in stage productions. She attended the Carnegie-Mellon summer school theater program at 17 years old. At 19 she studied at the Atlantic Theater Company acting school in New York City. Zoli then moved to Los Angeles, California. Her television debut came in an episode of The Scarlet Pimpernel in 1999 and her film debut came starring as Tasha in the 1999 movie Flawless. In 2005 she starred in the TV mini-series Revelations. Her best known role has come starring as Lyla on the TV series Sons of Anarchy since 2009. Zoli has also starred in the films Bad Company, The League of Extraordinary Gentlemen, The Prince and Me, Hellboy, Tristan + Isolde, The Oh in Ohio, Trust Me, Sex and Death, Reservations, The Pagan Queen, Pscyh:9, Bad Ass, and Cat Run 2. Winter posed nude for Playboy magazine in the March 2011 edition. 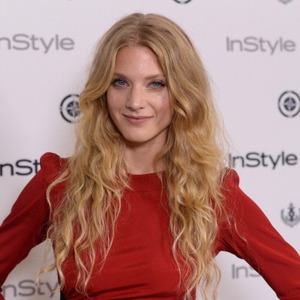