What is Winona Ryder's Net Worth?

Winona Ryder is an American actress who has a net worth of $18 million. She is well-known for starring in movies like "Beetlejuice," "Heathers," and the extremely popular Netflix television series "Stranger Things."

Ryder was born Winona Laura Horowitz in Winona, Minnesota, on October 29, 1971. She was given her middle name because of her parents' close friendship with writer Aldous Huxley's wife Laura. She derived her stage name from Mitch Ryder, a soul and rock singer. When she was cast in her first film, the director asked her how she wanted her name to appear. A Mitch Ryder album was playing in the background, her dad being a huge fan, so she quickly came up with the pseudonym Ryder.

When Ryder was seven years old, the family moved to Rainbow, a commune near Elk, California. They lived with seven other families on a remote property that had no electricity. Ryder, at the encouragement of her parents who were both writers and editors with a roster of famous author friends, began to read fervently, devouring books like J.D. Salinger's "The Catcher in the Rye." After three years, the family moved to Petaluma, California. Ryder was bullied extensively throughout junior high and high school. She began taking acting classes at the American Conservatory Theater in nearby San Francisco. When she was 12, she had an accident and nearly drowned, which caused her to develop severe aquaphobia (which would haunt her later in life when she starred in "Alien Ressurection" and had to do scenes in the water).

Winona Ryder made her acting debut in the 1986 comedy "Lucas", in which she starred opposite Corey Haim and Charlie Sheen. Her next film was 1987's "Square Dance", and was praised for her role by the Los Angeles Times, among other critics. However, it was her role as goth teenager Lydia Deetz in Tim Burton's "Beetlejuice" that earned her both critical and commercial recognition. "Beetlejuice" was a box office success and the film received positive reviews. Winona was still in high school at the time, and this only perpetuated the bullying she experienced, with kids teasing her for being a "witch." Next up, Ryder landed a leading role in 1988's "Heathers". The film flopped at the box office, but was loved by fans, and the film went on to reach cult classic status.

Winona once again worked with Tim Burton when she played the leading role opposite Johnny Depp in the 1990 fantasy film "Edward Scissorhands." This film was her biggest box office success yet, grossing $86 million and critical praise. Later that year, Ryder snagged her ninth role, in the comedy-drama "Mermaids", co-starring Cher. The next year, Ryder starred alongside Daniel Day-Lewis in "The Age of Innocence", helmed by director Martin Scorsese. She picked up a Golden Globe Award for Best Supporting Actress and an Oscar nomination in the same category for her performance. Ryder was slated to star in "Broken Dreams" with actor River Phoenix, but the film was shelved due to his sudden death.

1994 was a huge year for Winona, starting with the release of Ryder's next film, Ben Stiller's Generation X drama "Reality Bites." She received much critical acclaim for her starring role, but the film did not gross a substantial amount of money. Later in 1994, Ryder gained more exposure when she played the lead role of Josephine March in "Little Women." She received a Best Actress Oscar nomination for her performance. Her next starring role was in 1995's "How to Make an American Quilt."

In 1997, Ryder appeared in "Alien Resurrection" alongside Sigourney Weaver. The film was largely considered the least successful of the "Alien" series, but it still grossed $161 million worldwide and drew positive reviews. In 1999, Ryder starred in and served as the executive producer for "Girl, Interrupted", alongside Angelia Jolie and Whoopi Goldberg. 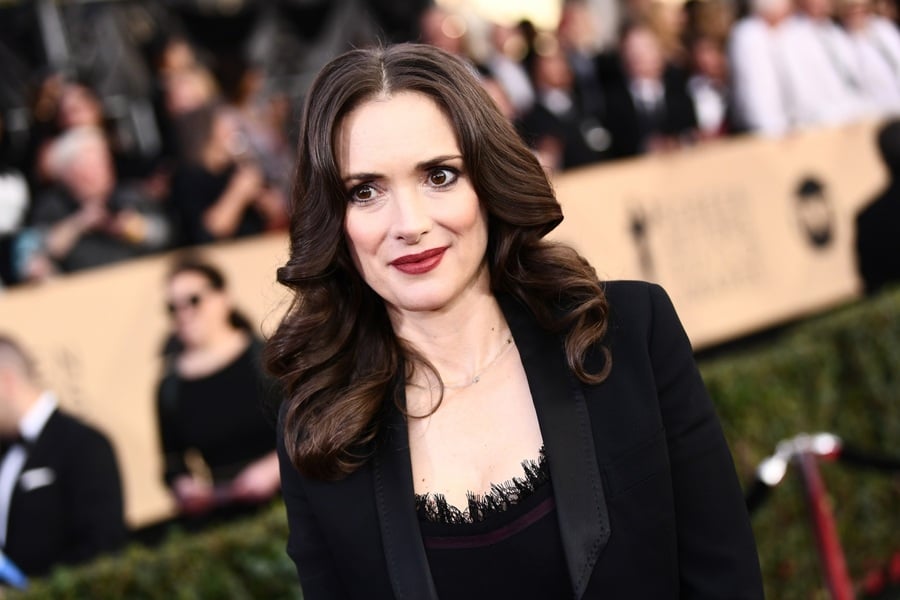 Ryder took a five-year acting hiatus beginning in 2001 following a highly publicized shoplifting incident. Before her hiatus, she had filmed two movies: "Mr. Deeds" starring Adam Sandler and science fiction drama "Simone." After her hiatus, she appeared in 2006's Richard Linklater film "A Scanner Darkly," 2007's "Sex and Death 101", "Top Ten", and 2008's "The Last Word." In 2009, she appeared in "The Informers" and "Star Trek." She flew under the radar during this period, appearing in small indie films and not making many public appearances.

In 2016, Ryder made a big comeback when she began starring in Netflix's horror series "Stranger Things," created by the Duffer Brothers. She plays single mother Joyce Byers whose 12-year-old vanishes mysteriously. She went on to star in season 2 and 3 of the series and is slated to star in season four. In 2020, Ryder starred in HBO's limited series "The Plot Against America."

Playing diverse roles, Winona has won various awards and recognitions, such as a Golden Globe Award for Best Supporting Actress and an Academy Award nomination in the same category for her role in Scorsese's "The Age of Innocence" in 1993. She also received an Academy Award nomination for Best Actress for her portrayal of tomboyish Jo in 1994's "Little Women." In 2010, Ryder was honored with a star on the Walk of Fame in Hollywood, California. Ryder was nominated for a Golden Globe in 2016 for "Stranger Things." She has also been nominated for four Screen Actors Guild Awards.

Ryder has had a series of high-profile romances over the years. Ryder was engaged to Johnny Depp from 1990-1993. After their breakup, she dated musician Dave Pirner. She dated Matt Damon for a few years in the late '90s. Since 2011, she has been in a relationship with Scott Mackinlay Hahn.

In December 2001, Ryder was arrested for shoplifting at a Saks Fifth Avenue department store in Beverly Hills, California. She was accused of stealing $5,500 dollars worth of designer clothes and accessories. She was charged with three felonies against her: grand theft, shoplifting, and vandalism. In 2002, she was sentenced to three years probation, 480 hours of community service, fines, and restitution to the department store. The felonies were reduced to misdemeanors in June 2004. Ryder has explained in interviews that the incident occurred during a painful time in her life when she was clinically depressed, and also attributed her actions to heavy painkiller use, rendering her judgement unstable. The physician who prescribed her dosage of painkillers has subsequently had his medical license revoked by the Medical Board of California.

In 1995 Winona paid $1.3 million for a home in San Francisco, her hometown. She listed this home for sale in November 2020 for $5 million. About a year before listing it for sale, Winona put the property up for rental at $15,000 per month.

Winona may still own a home in Hollywood, another in Beverly Hills and an apartment in New York City.

Between all of her successes and assets, Winona Ryder's net worth is estimated to be $18 million as of May 2022.