Wilson Cruz Net Worth: Wilson Cruz is an American actor who has a net worth of $2 million dollars. Born Wilson Echevarria on December 27, 1973 in Brooklyn, New York, he is best known for his role as Rickie Vasquez on My So-Called Life and his recurring character Junito on Noah's Arc.

Cruz' parents encouraged his interest in the theater and at age seven Wilson began appearing in plays, among them Cradle of Fire, Supporting Cast, Becoming Memories and The Roar of the Greasepaint… as well as a number of Shakespearean productions on both coasts. Also blessed with a beautiful singing voice, Wilson performed across the country with Young Americans, and has been featured in shows at Disneyland, Walt Disney World and Sea World/Orlando. When he was 10, his family moved to San Bernardino, California, where he was raised. He attended California State University at San Bernardino, where he was pursuing a double major in theater and English before he joined the cast of My So-Called Life. He made his television debut in 1991 on the series, Great Scott!, in the recurring role of Jonathan, an obnoxious choirboy. The role of Rickie Vasquez on My So-Called Life is his first role as a series regular. In his (rare) free time, Wilson finds relaxation in playing the saxophone and likes to collect vintage black-and-white photos of actors. He admires the work of Tom Hanks and Robert De Niro. At age 19, Cruz came out to his parents as gay, first to his mother and then his father. Initially shocked, his mother eventually accepted the news. His father, however, threw him out of the house and Cruz spent the next few months living in his car and at the homes of friends. He later reconciled with his father. Cruz is openly gay and supports LGBT and other gay rights causes. 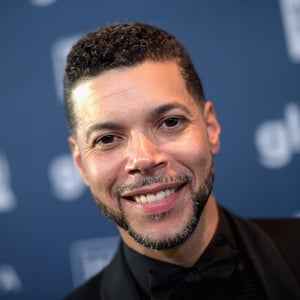