Wilmer Calderon Net Worth: Wilmer Calderon is a Puerto Rican actor who has a net worth of $1 million. Wilmer Calderon was born May 8, 1975 in Santurce, Puerto Rico. At the age of two, Wilmer Calderon moved to Brandon, Florida near Tampa with his family. He learned to speak Spanish through his parents and English through watching the American children's show Sesame Street. At the age of five he started playing baseball, a year 'round sport in Florida, and it became his major focus throughout his school years. In his senior year of high school, he set a single season record for stolen bases. Continuing on to Marshall University, he spent his spare time appearing in school plays and eventually had to choose between a career in baseball or fulltime acting.

He landed three lines in the Florida-filmed feature The Walking Dead, which earned him a Screen Actors Guild (SAG) card, and Calderon was well on his way to earning a living as a professional actor. He had a recurring role in the TV series Second Noah and appeared in the telefilm Summer of Fear and Love's Deadly Triangle: The Texas Cadet Murder. Among Calderon's other television credits are guest appearances on Veronica Mars, The Shield, CSI: Miami, 24, NYPD Blue, ER and Profiler. His feature credits include Wes Craven's Cursed and Venice Underground. Calderon is also active on stage and has appeared with the Actors Circle Theatre. His mentor has been another native of Santurce, Benicio Del Toro. 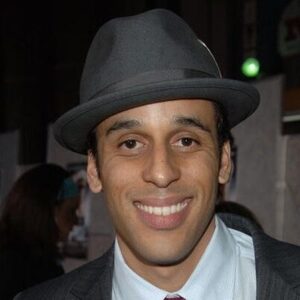