Willow Shields net worth and salary: Willow Shields is an American actress who has a net worth of $2 million. Willow Shields was born in Albuquerque, New Mexico in June 2000. She is best known for playing the role of Primrose Everdeen in the "The Hunger Games" movie franchise. Willow has a twin sister named Autumn and an older brother named River who are both actors. Her very first professional entertainment job was narrating the short "Las Vegas New Mexico 1875" in 2008. She has also appeared in an episode of the TV series "In Plain Sight" and "R.L. Stine's The Haunting Hour" and in the TV movie Beyond the Blackboard.

In 2015 Shields appeared on the 20th season of Dancing with the Stars partnered with dancer Mark Ballas. At the time she was 14 which made her  the youngest competitor to ever have appeared on the show. She was eliminated in week 7.

In 2020 Willow began starring in the Netflix series "Spinning Out". 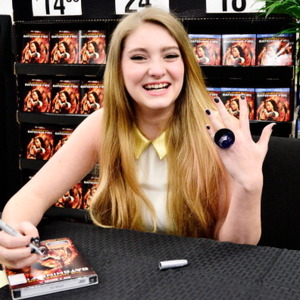