Willie Geist net worth and salary: Willie Geist is an American television personality who has a net worth of $14 million dollars. His NBC salary is $5 million per year.

Early Life: Born on May 3, 1975 in Evanston, Illinois, Willie Geist, also known as William Russell Geist, grew up in Ridgewood, New Jersey. His father Bill Geist is a retired television journalist and author and his mother Jody Geist is a social worker. Willie is the older brother of Libby Geist Wildes, an Oscar-winning documentary film producer who produced "O.J.: Made In America" and "The Last Dance." Willie is the great-grandson of former Detroit Red Wings star and Hockey Hall of Fame player Herbie Lewis.

Geist attended George Washington Middle School in Ridgewood, New Jersey.  He was captain of the basketball and football teams in high school and helped his school win the 1991 state football title. He was elected to both New Jersey Boys State and the National Honor Society. Willie went on to graduate from Vanderbilt University in Tennessee. While in college he edited his college newspaper, The Vanderbilt Hustler.

Career: He began his professional career in the late 90s, working as a producer/editor for CNN Sports Illustrated, a 24-hour sports channel that ultimately folded in 2002. He subsequently became a field producer and reporter for CNN Sports where he covered the Super Bowl, the NCAA Final Four, and The Masters.

Geist then went on to work for "I, Max" with Max Kellerman on Fox Sports Net, before joining "The Situation with Tucker Carlson", as Senior Producer in 2005. He stepped in as a substitute co-host on MSNBC's morning programming from 6 am to 9 am in 2007. During this time, Don Imus was fired in late April 2007, and Geist was named permanent co-host of "Morning Joe," alongside Joe Scarborough and Mika Brzezinski in September 2007.  In late 2009 he was then given his own show, "Way Too Early with Willie Geist," which aired at 5:30 a.m., immediately before "Morning Joe" on MSNBC. 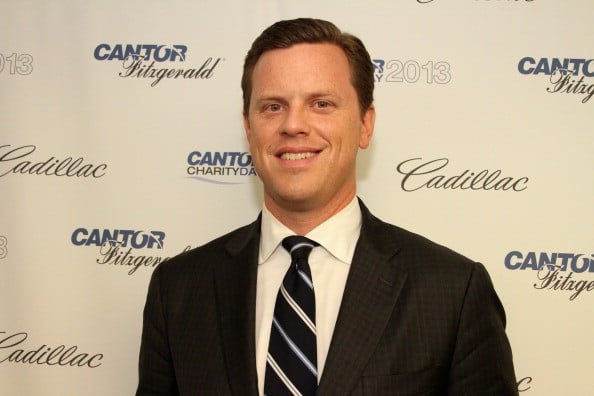 In 2010, Geist became a substitute for Matt Lauer on "The Today Show". He became an official co-host of "Today" in 2012, as well as the show's newsreader. He left "Way Too Early" right after he was named co-host of "Today." In 2016 he was named host of "Sunday Today," which launched in April of that year. In addition, Geist has contributed to NBC Sports and NBC News coverage of every Olympic Games since 2010. Geist was the solo anchor of NBC's hours-long coverage of the Orlando Pulse nightclub shooting the morning of June 12, 2016. He was on the air for seven hours in a row in an NBC News Special Reports that aired nationwide. Along with "Today," Geist earned the prestigious Edward R. Murrow Award for similar coverage on August 4, 2019, after the mass shootings in El Paso, Texas and Dayton, Ohio. Over the years, Geist has earned a reputation on Sunday "Today" as a well-regarded long-form interviewer of some of the biggest celebrities on the globe.

In addition to his successful career as a news anchor, Geist did voice work in "Kung Fu Panda 3," voicing Sum opposite Al Roker's Dim, in which their characters play twin panda brothers who are related to Po. Geist has made cameos in several other TV shows and films. Geist is a frequent guest on Andy Cohen's late-night show on Bravo "Watch What Happens Live." Geist has appeared twice in People magazine's "Sexiest Men Alive" issues, both in 2012 and 2017.

Personal Life: Geist met his future wife, Christina Sharkey, in middle school in Ridgewood New Jersey. They began dating in high school and the sweethearts married on May 24, 2003 in Humacao, Puerto Rico. The couple has two children: Lucie Joy and George William.

Geist is a registered Independent voter. He sits on the board of the Michael J. Fox Foundation for Parkinson's Research. His father suffers from Parkinson's disease. Geist is also a board member at Operation Men, a UCLA Medical Center organization that aims to provide free surgery and care to America's most severely injured military veterans. 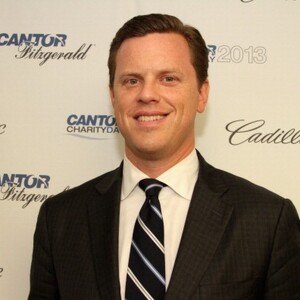