William Zabka Net Worth and Salary: William Zabka is an American actor, writer, and director who has a net worth of $3 million. William first gained international fame when he starred in the 1984 blockbuster "The Karate Kid". He has earned additional fame and accolades from the re-booted continuation series "Cobra Kai" which debuted in May 2018 on Youtube but really picked up steam when it was put on Netflix in August 2020.

Early Life: William Zabka was born in New York, New York on October 20, 1965. Both of his parents worked in the film industry in various capacities. At one point his father was the assistant director on "The Tonight Show with Johnny Carson", in Johnny's first two seasons as host.

William began acting in his late teens. His first official credit was on the television series "The Greatest American Hero". A year later William landed the role that would give him lifetime fame – that of Johnny Lawrence, the high school bully who menaces Ralph Macchio's character in "The Karate Kid". According to legend, William won the role after Ralph Macchio told producers he "scared the shit of me" during the audition. He had no previous experience with Karate but was a high school wrestler.

Success: The Karate Kid went on to earn $100 million in the US alone on a budget of $8 million and basically single-handedly launched a Karate craze globally. After being inspired by his experience during the movie, William would later study the martial art of Tang Soo Do and earn a second-degree green belt.

Throughout the 80s, he went back and forth between film and television projects appearing in such productions as, "Just One of the Guys", "National Lampoon's European Vacation", "The Karate Kid: Part II", "The Greatest American Hero", "E/R", and "The Equalizer".

In the 90s, he shifted his focus to production, though he did continue to appear in films intermittently, such as "Shootfighter", "The Power Within", and "Interceptors". In 2003, he wrote and produced the short film, "Most". The film went on to receive an Academy Award nomination. He has also directed numerous music videos. He recently returned to acting after a long period behind the lens, appearing on an episode of "How I Met Your Mother".

As a commercial director William has worked for brands including Verizon and Little Tikes.

Cobra Kai: In 2017, William Zabka and Ralph Macchio teamed up with a group of producers to pitch a re-booted series based on their "Karate Kid" characters. They received offers from several studios including Netflix, Amazon, Hulu and Apple but ultimately selected YouTube Red as the winning bidder. Both Ralph and William earned a reported $100,000 per episode for the first two seasons, which works out to around $1 million per season per person. They serve as co-executive producers on the project. The series is executive produced by Will Smith ever since his company Overbrook Productions licensed the rights from Jerry Weintraub's company, Weintraub Entertainment Group.

The first season was released in May 2018. It received universal high praise but unfortunately low viewership because no one has YouTube Red… and no one wants YouTube Red… no matter how many times the app desperately tries to hit you over the head with pop ups and reminders. Thankfully, in August 2020 the show was finally released on Netflix where it found a wider audience and became one of the most-popular shows on the platform. The show will air at least four total season on Netflix. 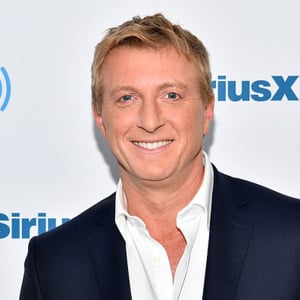